Sigh! You gotta love South African’s and their emotional reaction to everything whether even when it’s not needed. So a couple of minutes ago it was announced that Chris Brown would be returning to South Africa in April.  And of course his South African fans were torn.

Ok we all know how you guys like to exaggerate so it was probably an hour set, but rightfully so your anger is still justified, those concert tickets were steep and next year’s concert ticket prices are even steeper!

With general admission costing R750 and golden circle tickets costing a cringing R1500 fans are already debating on whether to save up for the concert or to flat out not attend. Knowing how many of you are such liker of things, the thought of Chris Brown trending come the 2nd & 4th of April will have your FOMO levels gnawing at you to such an extent that you’ll actually find yourself logging online to buy the ticket. But hey…whether you go or not Christopher is still going to get that cheque.

The only thing we hope for is that he gives you the astounding performance you guys deserve.

The Twitter reactions to Breezy's return have been entertaining.

Come to think of it a theatrical fighting scene on stage between Drizzy and Breezy would convince many people to attend the concert.

No offence to all boyfriends out there, but when your girlfriend heard about Christophers' return she probably pulled this move. Something you never see her doing when you come around. 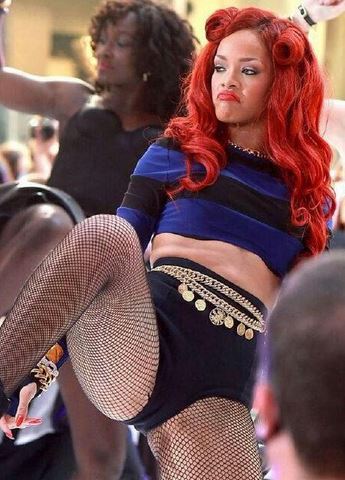 Eish, gents like we said no offence, but the statement below is true. "These girls ain't loyal!"

Then there are those who want to see Chris do more than just do back flips and sing. We think a transformation into Beyonce' would do too.

But you know what's important at the end of the day? Your happiness C.Breezy fans...yes...YOUR happiness. So ask yourself will you be happy if you don't go to the concert, will you be happy if you do go to the concert? If you aren't able to answer this question just do yourself a favour and save up some cash, so when the date nears you'll be able to make a clear decision.