With nearly three-million social media followers, Bonang Matheba  is one of the most popular women in South Africa.

The TV and radio personality has been working since she was 15, and is often praised for her amazing work ethic.

Brand Bonang is recognisable throughout Africa, and after more than a decade in the entertainment industry, she remains one of SA's most loved stars.

What does she do? TV, radio presenter, and businesswoman

So who is Bonang?

Bonang Matheba is the media darling of South Africa, and quite possibly the country’s biggest entertainment star. Queen B, as her fans call her, is a household name, not only in SA, but in many parts of Africa too.

Bonang’s rise to fame began at the tender age of 15, when she got her first presenting gig on Manhattan’s Fantasy Challenge. But she got her big break five years later as a co-host on the SABC music show, Live (now Live AMP). She helped make the show a hit, and left after five years. Bonang, who was already being invited to host big awards shows like the SAMAs and the Metro FM awards, moved on to present Clash of the Choirs. 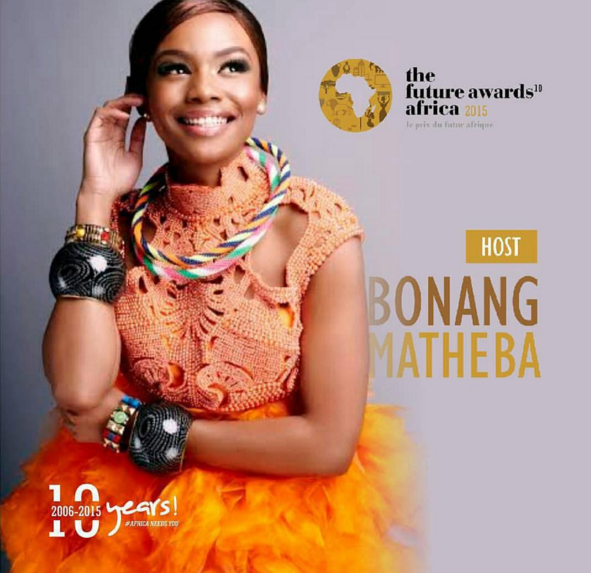 When Bonang is not working on her many shows, she’s building her empire. She has her own company, Bonang Matheba Entertainment, and has turned her love for fashion into a money-making business. The fashionista launched a clothing line in 2008, Just B, with retailer Legit. One year later her handbag line, Baby Star, hit the shelves. Bonang joined forces with Woolworths in 2014 to release her lingerie line, Bonang For Distraction.

Not only is she South Africa’s media daring, but she is also one of the country’s biggest style icons. Her red carpet collaborations, with fashion designer Gert Johan Coetzee, often make it on SA’s best dressed list. She has won several style awards, including Glamour Magazine’s most glamourous women in South Africa award in 2014. 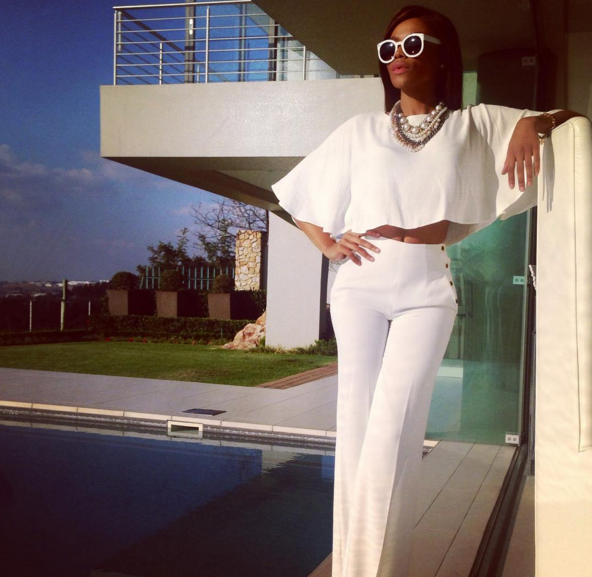 Bonang is a woman of firsts! Here are some of her biggest career highlights:

The first and only face of international cosmetics brand, Revlon, outside of the USA (2013)

First SA celeb to get their own E! News Special in Africa (2015) 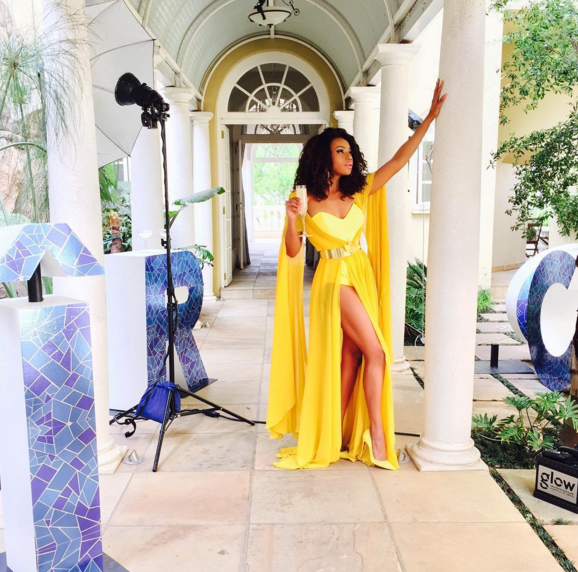 Bonang made headlines in 2015 when she was accused of having an affair with rapper AKA, who had just welcomed a baby girl with his girlfriend, DJ Zinhle. She denied the rumours, and threatened to sue Zinhle, who had made the allegations in a blog post. Bonang’s on-again, off-again relationship with DJ Euphonik also raised a few eyebrows.  She opened a case of assault against her former lover in 2012. Bonang later dropped the charges. Euphonik denied physically abusing Bonang in an open letter posted on his website in 2015. He did, however, admit that they were emotionally abusive towards each other, and describe their relationship as toxic.

What Bonang has said…

On what she would have done if she was not a presenter (Youth Village): “I would have been a pre-school teacher or pursued a career in marketing.”

About essential fashion items every woman should own (Destiny magazine): “A pair of True Religion jeans, a crisp white shirt, a little black dress, a pair of "take me now" stilettos and a powerful black "never full" tote leather bag.”

On being the queen of Twitter (Cleo magazine): “I’ll tweet while waiting for interviews, or during a shoot, but I do most of my tweeting at night when I’m in bed. That’s when I can answer fan questions.”

Bonang in the ZALebs news…

Read: The spotlight on... Raphael Saadiq