We're in 2016, but for some reason, some people just can't seem to get over Buhle Samuels' bum. The Muvhango actress' booty has been the topic of discussion for some time now, with some people debating whether it's real or not.

Buhle, who has addressed this issue several times, has again spoken about it. Yes, because some people still don't believe that a black girl can have such a big booty.

Speaking about her bum in an interview on SABC3's Afternoon Express, she said: "I just think it really shows me the power of media and how it can be so misleading to individuals. I mean if you walk outside on the streets, ten women, maybe six of them have figures. They are busty, they are curvacious, they have thighs."

READ: Three times Buhle Samuels charmed us with her ASSets

Having a grand time @afternoonexpress

She said the whole obsession with her behind is ridiculous. "Sometimes it's very upsetting to me. It makes me sad, sometimes it makes me very angry 'cause it's something that I've had all my life. Even in high school I stopped wearing skirts because when I would wear skirts, I would just drive the boys crazy. I don't know, it's just like, it's crazy. It's a body part, get over it... If you think it's fake, please don't ask me if it's real, because they'll be like 'oh, did you leave your bum pads at home?'" 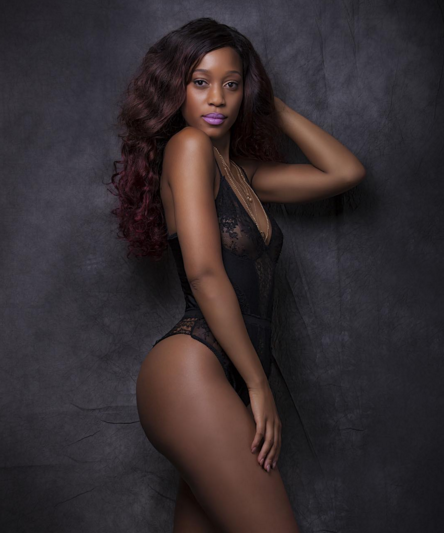 Buhle also explained that when it comes to her booty, women are the worst. They often come up to her just to feel if it's real. "I'm just like 'Oh my gosh, you're invading my privacy. Can you just stop'. And I have to be polite... I'm getting to a point where like, can you just stop?"