K.O had an "NB announcement" for his fans on Thursday regarding the music video for his Papa Action single.

The rapper has been pumping fans up all week about the video's release, but shortly before it was supposed to drop, he revealed that the USB containing the video had been stolen.

Erm, either Mr Cashtime is using a really whack system or this is one weird publicity stunt.

Here's what KO had to say about the "missing" USB.

Mmm, interesting... The rapper then revealed that the person who took the USB rang up the Cashtime offices with an important message.

Oh, and did we mention he left a note as well? 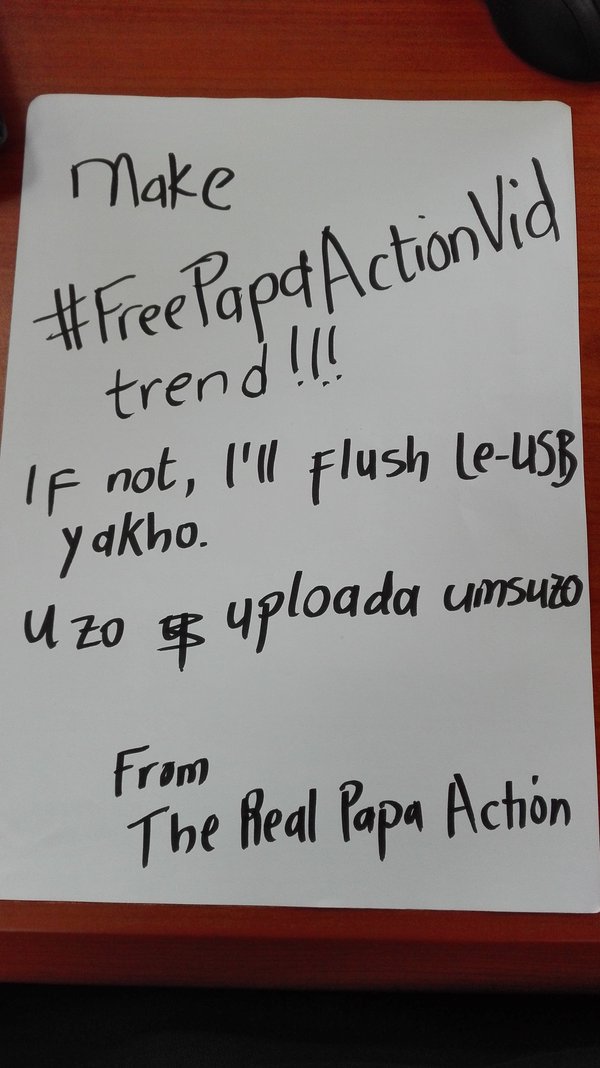 Well, mission accomplished. Not only did K.O trend on Thursday, but so did #FreePapaActionVid.

But the publicity stunt did not go down well with some fans.

I'm a huge K.O fan but this #freepapaactionvid thing was a lil silly... We already love the track we would have jumped on the video anyway

Well, looks like K.O was the only one who thought the drama was funny. 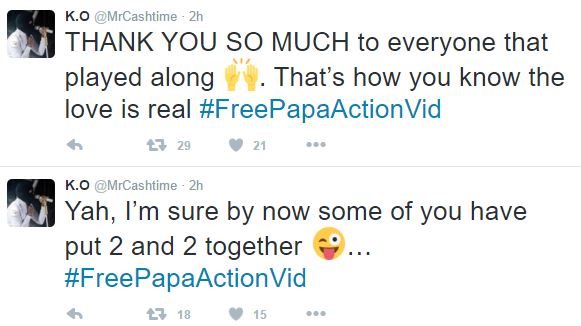 And finally the video ...