The model and stylish personality tends to rub some people the wrong way on social media. This was clear on Wednesday, after he tried to act smart by teaching people how to pronounce certain words. It all started when a certain Twitter user made a joke about how some people pronounce Moët.

Your WCW pronounces the T in Moet

📷 RT @vnmstr This is why passport stamps are crucial. RT @Comrade_Chef: Your WCW pronounces the T in Moet pic.twitter.com/v0Pd8owFHv

Anyway, Maps saw this as an opportunity to school the Twitterverse. He first shared a tweet about some of the most mispronounced words...

And then, as expected, he taught us how to say them correctly...

Adidas (A portmanteau word from the founder's name Adi Dassler)

Wait, what? Por-shaa? We've all learned something here. Well done, Maps. While the media personality was expecting this reaction:

He got this instead...

Some tweeps were not impressed, and they dragged him.

You nigga was gonna hire him?"@SpokMathambo: If Marks Maponyane wasn't famous Maps Maponyane would be working at McDonalds"

😂😂😂😂😂Ke MCM @TheRealJojoZA: Kana what does Maps do for a living?"

@MapsMaponyane N*gga always in an educational mode ,wonder what award he tryna get 😥👏

Sjoe! Now that was rough.

This is not the first time Maps has faced the wrath of Twitter. Back in October 2015, he was criticised after posting a Caitlyn Jenner Halloween costume he found funny. 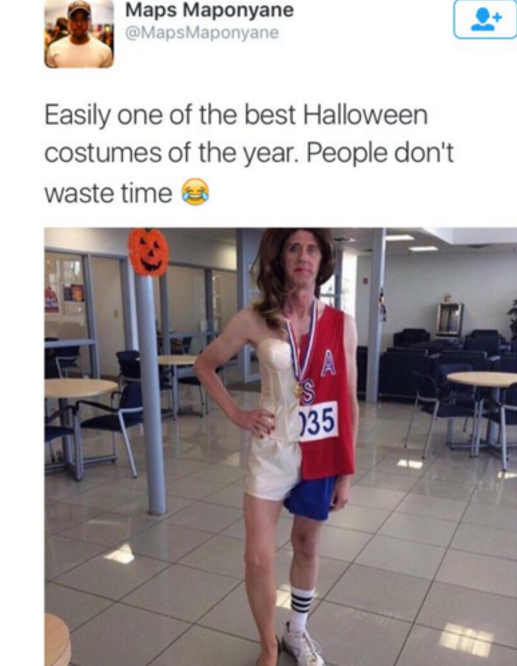 This was followed by a string of comments from people who were not amused.

@MapsMaponyane So being a transsexual is something to joke & giggle about ?? All beauty and no brain

RT @SosoRalgana @MapsMaponyane - Deleting tweets won't help. It was very insensitive of you to laugh at that. SMH

Oh, we cannot forget the time he "joked" about Xhosas, and quickly landed in hot water. 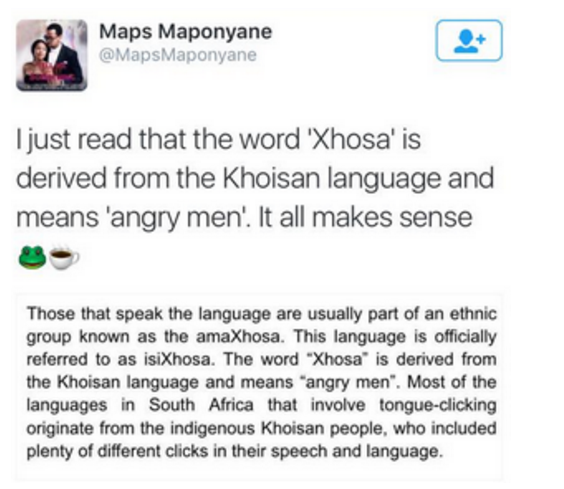 Err... Joke? Nah. Some people were certainly not laughing.

Oh, but he apologised...

Deleted my tweet because it was stupid. It wasn't aimed at offending anyone. Apologies for what was clearly not thought through. I'm sorry.

Are tweeps being too hard on Maps?