Once again South Africans proved that sport can be the glue that brings people together, as cyclists, runners (and walkers) put their best foot forward to celebrate the legacy of Mandela. 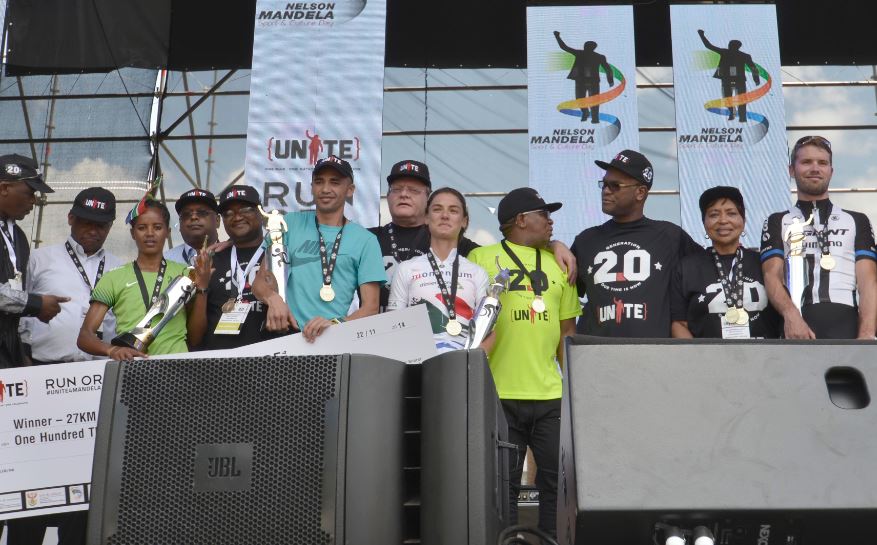 Sports Minister Fikile Mbalula welcomed everyone in the early hours of the morning, and his infectious energy got all the competitors excited for the day.

With white doves released and a bouquet of colorful balloons symbolizing peace and the rainbow nation, the day kicked off with the national anthem.