Recently there has been some unrest on the interwebs that just somehow seems to end in racial debate. I remember a couple of weeks ago, there were rumours that Idris Elba may be the next James Bond. Reactions ranged from general indifference or relative excitement to outright protest as certain die-hard 007 fans felt that the franchise would somehow be negatively compromised if someone like him was cast as the MI6 agent.

As I perused several comment threads across the internet I found myself bemused at the colourful vocabulary certain folk used to express their disapproval. Without delving too deep into the matter, I will say that the word ‘spook’ was used rather liberally. But I’m a sucker for good puns so I let it slide.

The whole thing left me pensive nevertheless, particularly with regard to two specific points:

I will focus more on the second point as the first is very blatant and self-evident and we could argue it until the cows come home.

Hollywood definitely has a problem with race. I would go as far as to say the entire entertainment industry has a problem with race. Evidently, it is perfectly fine to cast Christian Bale (Caucasian) as Moses and have Joel Edgerton (very Caucasian) play the role of Ramses, an Egyptian Pharaoh (yes that Egypt, the one in Africa). However, my brother Idris cannot dare portray a fictional character because his skin is the wrong shade.

I may be wrong but in my opinion, if anyone fits James Bond criteria it’s Idris Elba. He has the rugged good looks (pause), the eloquent and graceful command of the Queen’s English, swagger down to the socks and is cooler than the other side of the pillow. So what exactly is it that they are afraid of? That his blackness will inadvertently sneak up on him and he’ll order a double Hennessy on the rocks instead of the now infamous Martini, shaken not stirred? (Black people drink Martinis right?)

What truly grinds my gears is how it’s normal and even encouraged to have black actors play the villainous or stereotypically negative roles in order to gain the Academy’s recognition. I truly believe that this  is the only reason Will Smith has yet to win an Oscar. The two roles which got him nominated (Muhammad Ali in Ali and Chris Gardner in The Pursuit of Happyness) are both very positive roles portraying black men who achieved greatness and represent success against all odds.

My favourite actor, Denzel Washington has two Academy Awards under his belt. The first was for playing a slave in Glory and the other was for playing a corrupt cop in Training Day. However, movies such as John Q, Remember the Titans, Cry Freedom, Malcolm X and The Hurricane, which portray dignified, self-respecting, black heroes were snubbed.

With all of this in mind I find myself thinking that there would be a lot less uproar if Mr Elba were to be cast as a Bond villain instead. A menacing, ghetto pimp/drug dealing low-life with a raspy voice and South London cockney accent whose plans to dominate the criminal underworld would be thwarted by the protagonist, a Jason Statham of sorts, except with more hair. 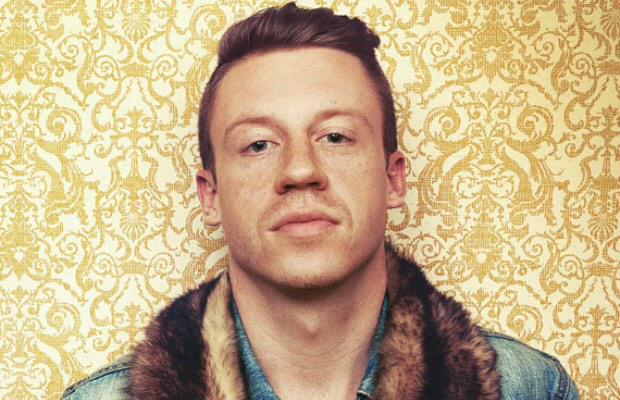 Today, Kim Kardashian is the universal symbol of a woman with a large bottom. Hell, even MJ wasn’t crowned the King of Pop until he looked more like Madonna than Madonna. Next they’ll have Angelina Jolie play Michelle Obama. She already played Cleopatra so, why not?

Black culture is taken, repurposed and reproduced in Hollywood, and there’s not a damn thing being done about it. J.Cole said it best on a track called Fire Squad, taken off of his latest album. He raps:

“History repeats itself and that’s just how it goes.

Same way that these rappers always bite each other’s flows.

Same thing that my nigga Elvis did with Rock n’ Roll,

Justin Timberlake, Eminem and then Macklemore.

While silly niggas argue about who gon’ snatch the crown,

Look around my nigga white people have snatched the sound.

Now see I probably go to the awards dappered down,

As potent as those lyrics are, it saddens me to think that all of it is true. (Except the part where Iggy wins the Grammy lol.)

So boys and girls, what say ye? Are we really being robbed of our culture from under our noses or am I being the weird conspiracy guy? Holler at me!

Where to find Mfingo Ntaka, the blogger behind this article

Tanduxolo Mfingo Ntaka is a British-educated entrepreneur and I.T. guru. He likes reading, intellectual debates and bacon. This is his first  article as ZAlebs Street Blogger; look out for the next one coming up very soon! In the meantime, follow him on Twitter @NtakaTanduxolo