Speaking to Sunday World, Somizi Mhlongo said it was hard for him to come out as gay, and there was a time when he was confused. However, he has praised his parents for being so loving.

"I am blessed. I am one of the few. We never even discuss my sexuality with my parents and my family. My parents are a true example of what unconditional love is. They've let me be who I am," he said.

"When I was personally confused and scared, not of society but as I was still finding out how to handle some of the intricate situations I would be in, my family supported me as I prepared myself for what was to come. Trust me, your parents know from day one, they know from your behaviour what your sexual preference is," he added.

Mhlongo added that he still has a hard time in the entertainment industry because of his sexuality.

"The minute I came out and expressed my sexuality, I was put in a box. I no longer got cast for straight roles and that is the reason I refuse to play gay roles even to this day," he said.

On being gay and fathering a child, he said: "When I fathered a child I already knew I was not a straight guy. I did everything knowing very well I was gay. I could have been bisexual but definitely not straight."

Mhlongo added that the annual Gay Pride event should be a celebration of gay life and a remembrance of gay people who were mistreated by society.

"The pride is about who I am and we must celebrate who we are. When we march on the streets, we should think of all the people who have suffered and were raped and murdered because of their sexuality. We must think of all gays and lesbians who died of HIV and Aids-related illnesses and could not get help because they were gay. Let's fight to end the discrimination because some gay people want to donate blood but cannot because of the stigma attached to homosexuality. Some have lost their jobs because of their sexual preferences," he concluded. 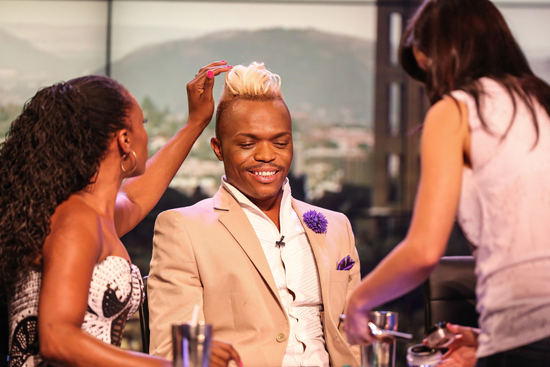 This story was originally published on NOW