Generations: The Legacy actress Thuli Phongolo, who plays the role of a very naïve school girl called “Namhla”, has had an awesome 2015 since she stepped onto one of South Africa’s most loved soapies.

ZAlebs managed to catch up with the young actress and enquired about how her life has changed since joining Generations.

“I don’t know if my life has changed? Obviously people now recognise me as opposed to before, but for me it’s not that drastic of a change.“

Being a new kid on the entertainment block has its pros and cons, and social media can be one of the biggest cons. ZAlebs asked Thuli how she handles social media scrutiny, especially when it comes to her character.

“For me, it hasn’t been directed specifically at me, so I haven’t been seeing all the negative things that have been said about me and I don’t check because I feel like it’s unnecessary. I did it once upon a time, but also it didn’t faze me because I’ve separated myself from the character that I act. I know myself and I’m sure of myself and that’s who I am.  The character is what the character is and people say things based on the character and I’m fine with that.” 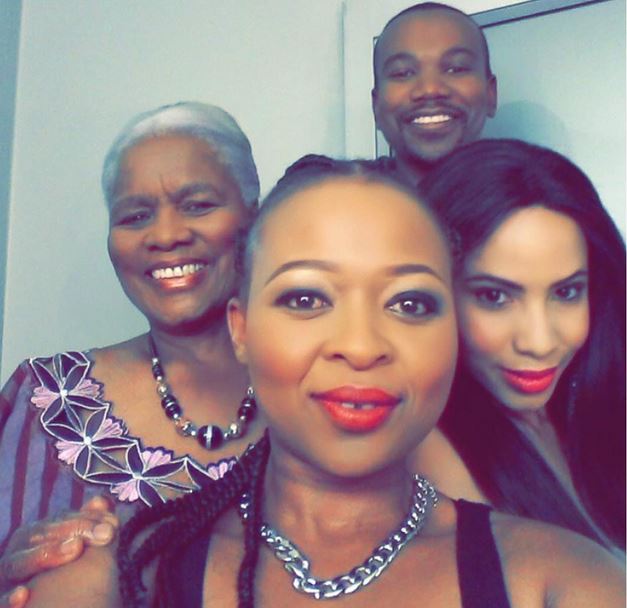 Thuli also mentioned that the Generations set is actually a fun place to be on. A lot of jokes are thrown around by the cast members and that helps create a family vibe.

“People don’t know this, but I’ve had the best of both worlds. I started off with the previous Generations, I was meant to be Jason’s sister, but that didn’t pull through and then obviously I was called for the new one. Not that there wasn’t a family vibe established then but the standard was already set and when I came back to this Generations it felt like we all started from the ground and we’re all creating the standard, so it makes it much easier to work with the people that you’re working with and gel with them easier.”

Thuli added that she and the cast handle the external tension caused by the media pretty well.

“I feel like it’s not my battle to fight, it’s a competitive industry throughout and if you take that competitiveness out it makes nothing interesting. People become too relaxed, so the external tension caused by the media makes it harder for us, which is fine because it means that we have to work much harder and keep the standard where it was already set by the previous Generations cast.”