Mercedes Benz Fashion Week took place in Sandton last week and it was one of African Fashion International’s best shows ever.

The Deon Redman and Jan Malan-produced show served as a place for some of Africa’s leading designers to showcase their talents. However, I want to take the spotlight from the designers and put it on the models who ultimately are the show.

I had the opportunity of attending most of the shows and there were models that stood out for me. Here are my top 5 favourite from the fashion week. 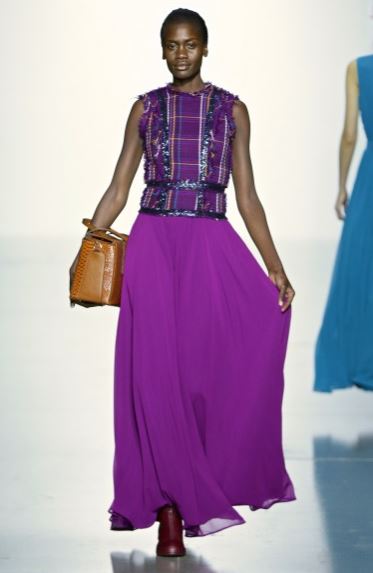 This Ugandan-born model is the epitome of confidence, sultry, and sexy on the runway. A runway favourite, Patricia did multiple shows at this year’s Mercedes Benz Fashion Week. However, her winning moment was when she walked for Tuelo Nguyuza.

The purple dress couldn’t have looked better on anyone else. She walked in those heels so effortlessly while the dress was flowing so elegantly on her and it became very clear why she has appeared on editorials for Revlon and Elle magazine; she's definitely the quintessential African supermodel. 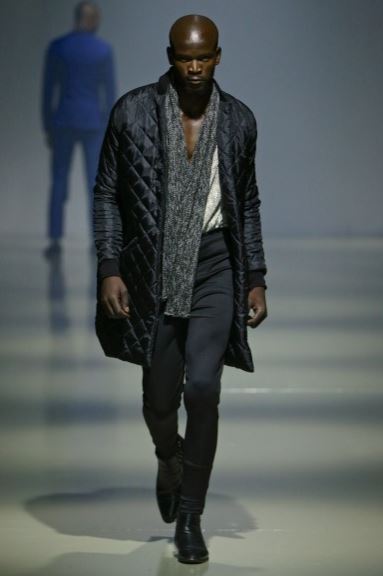 This South African-born model’s unique strut can only be described as a “gentleman’s walk”. He walks on that runway as if he is the coolest man on earth and for those few moments when he is on the runway – he might just be. He was such a powerful presence on the runway when he walked for Scalo. Every designer wants people to remember each and every garment they have showcased – and if the modelling industry was full of men who walk like Dumi, all showcased garments would be a perfect souvenir for the brains of every attendee. 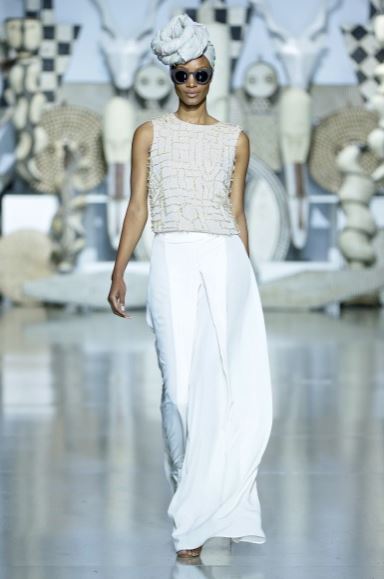 This Tanzanian princess was unfortunately hospitalised before the end of Mercedes Benz fashion week. She has since been discharged and says she feels a whole lot better. There is something about her that reminds me of Jourdan Dunn especially when she is on the runway. I don’t know if it has anything to do with that gorgeous silky smooth looking brown skin or that sexy smirk she has on the runway. When she walked Milli Collins, she oozed confidence and royalty and was the epitome of Milli Collins’ range theme – a real powerful African woman. 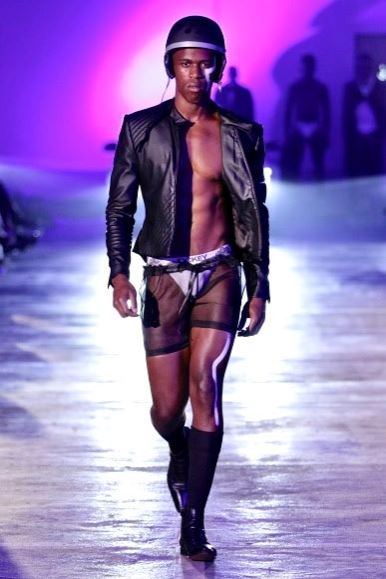 When Sean stepped on the runway for iconic designer David Tlale on Saturday night, it became evident that Jan Malan & Deon Redman only picked models who KNOW how to work a runway. When it comes to this young man who currently appears on ad campaigns for Metropolitan Life Insurance, it isn’t only about his distinct strong features – it is about that strong, suave walk and how he moves his entire body on the runway, selling the entire aspect of the garment. In a world full of male models that walk like zombies, it is refreshing to see a male model full of personality on the runway. 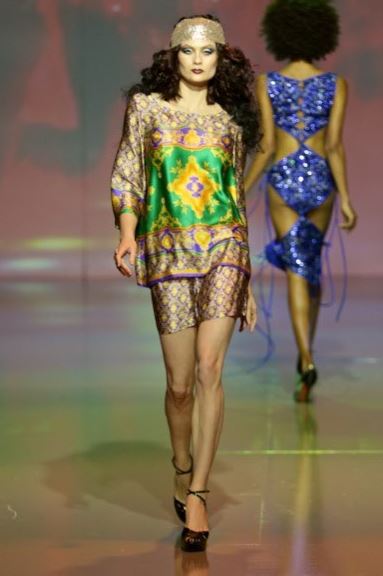 One of the most booked models for Mercedes Benz Fashion Week was this gorgeous red haired Jess Forber. Jess has an energetic, fast paced walk that reminds me of an old school English movie with those British flight attendants who could make any men swoon.

She knows how to seduce the audience into believing that she is wearing a garment that we all want to wear, whether you are male of female and when she came out walking for Spero; that was my favourite moment. Every other model who came after her seemed lacklustre because she had raised the bar that high, she walked like a disco diva, flipped her curly hair and by the time she winked at one of the people sitting front row – everyone in the room was smiling in awe.