For the past two years viewers haven’t seen her acting, but not many people know that she has not quit the entertainment industry completely.

Even better, the 32-year-old actress has exchanged her acting skills for the director's seat. Many might not be aware of this, but after she left acting on Muvhango, Nthabi continued working on the soapie as a director.

However, she has now decided to return to the acting world. After a two-year acting break, the petite actress is back on our TV screens, and will be starring in the new e.tv drama series, titled Zibondiwe. 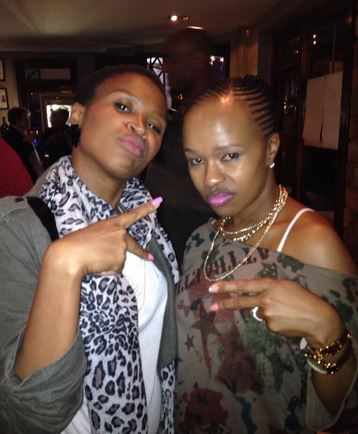 ZAlebs had a chat with the actress, and she revealed that all she has ever wanted was to have a private life and time off screen.

“I have always had a love and hate relationship with fame, I left acting because I wanted a break to do other things like directing. Acting took all my time, I missed out on a lot of things and I missed being myself, someone unknown,” Nthabiseng said.

After the break, she says she is ready to face fame and deal with what comes with being known to the masses.

“I love this industry and I never studied for it, it is just passion and talent. I taught myself and attended a lot of acting workshops, I don’t have the paper but I have all the knowledge,” Nthabiseng added

Tau also works as a director on Isidingo, which she has done for three months.

Welcome back to the spotlight Nthabiseng