We’re always taken aback, but in a good way of course, when a child/teenage star grows up to become a successful adult star. It's impressive when you see them keep a strong head on their shoulders, regardless of all the flack the entertainment industry tends to throw at them. Their metamorphosis from cute child star to full out grown adult puzzles you so much you end up asking yourself questions like:

“Wasn’t he/she that scrawny kid on that kids show?” or “Oh my gosh! They’ve grown up so much, is that really them and why have they grown to be so sexy?”

After Sade Giliberti left YoTv and went on a European hiatus, she not only returned to her fans with open arms but won SA hearts with her brief work on SA’s edition of So You Think You Can Dance. (Her feminine look was what we’d mostly look forward to seeing rather than the dancers.)

Then there was Hulisani Ravele whose work on ANN7 is slowly but surely making her a force to be reckoned with in our industry.

One kid’s show presenter who has successfully maneuvered themselves during the transition of growing from a child star to "that guy" in the industry, is Dalen Lance.

You’ve probably seen him on Absa's Kweeka advertising campaigns, but the first time we saw Dalen was during SABC 2's youth television programme, Bling in 2003/04. Fast forward ten years later and Dalen is not only the Master of Ceremonies at the prestigious Monte Casino events, but he has recently completed his Masters in Business Leadership. (MBL)

He's more than just a man with great looks, so we decided to sit down with Dalen as he revealed to us that there’s more to him than what meets the eye. 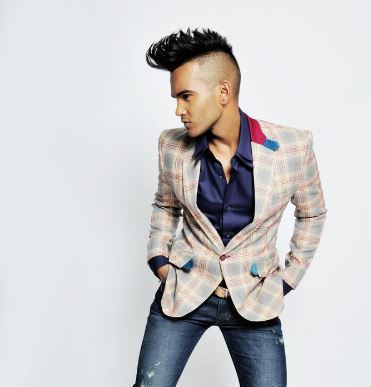 How difficult has the transition from being a child star to now being a top MC at hot events as well as asavvy entrepreneur?

The transition was quite simple for me and I think it was largely dependent on my personality and my profile today. There are also a number of factors that come into play when wanting to adjust to the transition, one of them is age. I think that I’ve grown up a lot and I’ve managed to settle into myself. I’ve also become more opinionated so I guess the transition is just something that comes with age and a clear understanding of how the industry works.

As an entertainer could you give us your brief opinion on this current Generations situation?

I’ve been very vocal about this whole situation, especially on Twitter, because it’s a problem that is close to home. At the end of the day, we’re all entertainers in the same boat. It’s important for the public to understand that this is not a crisis; this is just a turning point in our business. I don’t think that the television business is about to go down, but I think that a lot is going to be changing on the landscape.

The axed cast members have my full support because what they’re doing is brave, this is something that we honestly need to embrace and support, and it’s not only for them but for other aspiring entertainers to come after them. 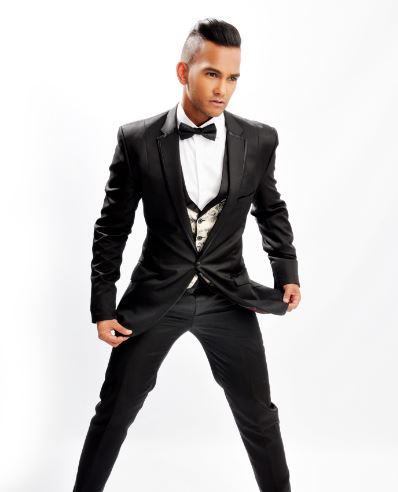 On a much lighter note…there’s no denying that you’re one of those local TV personalities who look absolutely amazing in a tailored suit. Do you have any advice for our gentlemen readers on how to rock a good suit?

Firstly you need to know if suits are your thing and if you enjoy wearing them; if so, then by all means go for it. But if it’s not your thing feel free not to force it onto yourself because it will always look like the suit is wearing you instead of the other way around.  If there’s one thing I’d advise all guys, it's to always make sure they purchase a well-tailored suit. There’s many suits you can get at an affordable price, however the tailor is your best friend. What I like about tailors is that they’ll make a suit that suits your body type, basically a tailor is non-negotiable.

Someone once asked you what interests the youth and your reply was that the youth of today are mostly interested in celebrities and entertainment and their future. Do you think that is a problematic interest the youth is focusing on, instead of shifting their interest in other more crucial matters like politics?

I don’t think its problematic, it’s just that the youth nowadays has easy access to the world of entertainment and that world can be very alluring. Also, celebrities have made themselves easily available to their fans from Twitter and Instagram and honestly after I was asked that question I began to think that maybe it was a bit short-sighted of me to say that. But it’s true, the youth is deeply embedded into pop culture. But I’m hoping that most of our youth are inspired by entertainers to do and be better and not just focussed trying to emulate them.

What are your plans in television broadcasting for the next five years are you by any chance planning on working behind the camera?

I love broadcasting so much I just enjoy working in front of the camera and it’s not even from a narcissistic perspective, it’s really about the joy I receive from engaging and talking with people whether its guest, competitors or an audiences. So I honestly hope that I’m going to be going back to television in a couple of months and hopefully stay there for the long run.  Also on the side, since I’ve completed my MBL (Master of Business Leadership) I’m passionate in contributing into the change of television, whether it’s consulting the SABC and gaining an even broader understanding of the nature of television business wise.