Ntando Duma has left fans talking after posting a picture of herself with a huge rock on her wedding ring finger.

The Rhythm City actress also dropped major hints in a video she posted of herself and her rumoured boyfriend, Junior De Rocka.

Ntando flashed her huge rock while the pair were fooling around with chicken feet in the kitchen sink.

As weird as that sounds (they were actually preparing dinner), we were more focused on the diamond she was sporting.

A little digging and we have discovered that she has been spotted flaunting the ring for days now.

But she is yet to confirm an engagement.

Ntando and Junior have been coy about their alleged romance, despite sharing several lovey dovey pictures and videos.

If they are engaged, Junior is one lucky guy! 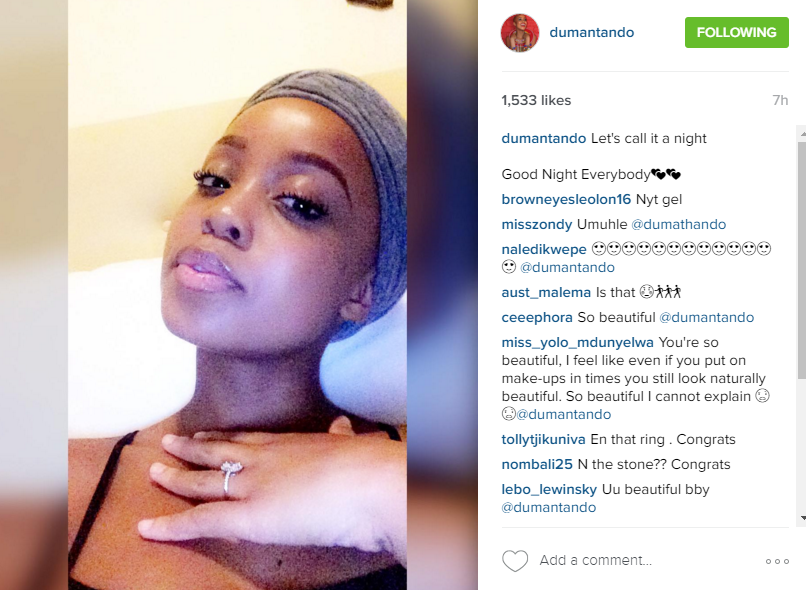 Chicken feet for Dinner😁😁 but wait...Why is he wearing my headwrap and why the hell is he making me eat uncooked chicken feet😑😩 Ashley @juniorderocka you're a problem 😂😂😂

3 Years Of Bliss For Junior De Rocka And His Bae