Tuesday night is a very rough day for SA Idols contestants as they all find themselves on the chopping block of the elimination round and unfortunately this week Bunny Majaja could not avoid the axe. She became the 4th contestant to leave the competition.  We had a chat with the singer to hear her take on the dissapointment of her supporters and which SA Idols contestant she plans on collaborating with in the near future. 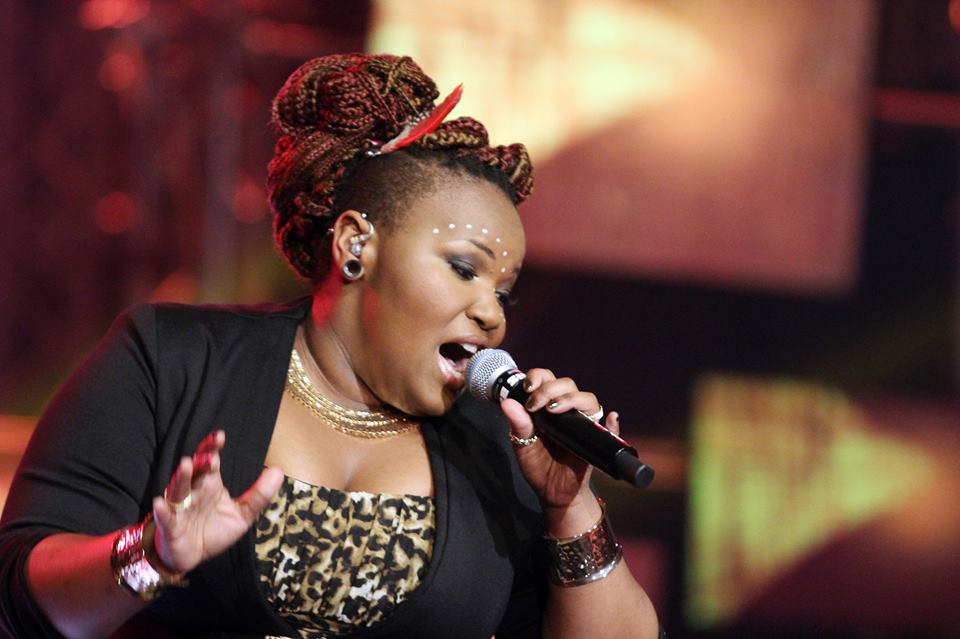 You received raving reviews from all three judges on Sunday because of your versatile song choices.  Did this elimination come as a surprise for you as you were undoubtedly one of the best performers on Sunday?

Could you tell us more about the band that you are a part of and if your experience on Idols has made you to consider taking on a solo career?

I really love my band-boys and I absolutely enjoy the music that we’ve been creating together as a band.  I really think I’m going to be going back to them and just continue what we started.  In terms of a solo career I think it could be something I would do in the future but not the very near future.
Ultimately as a vocalist who doesn’t really play any instruments, working with a band is going to be an inevitable path for my musical career.  If it’s not the band I’m with now I’ll eventually venture into doing collaborations with other artists because collaborating with musicians is where you create fresh and different material.  But like I said I’m keen to going back to my band and producing really cool and funky sounds until I feel strong enough to go out on my own and produce and even play my own music it’s just me and the band man.

You speak about collaboration, amongst the top 4 contestants that are left now who do you see yourself collaborating with, should the opportunity present itself?

I’d love to collaborate with Musa, he has a really great vocal tone.  He also has this husky grip and an incredible range; vocally our tones would be quite well suited should a collaboration ensue.  Stylistically as well, our contrasts in terms of the type of music we’re into would work well for the both of us and it would give us the freedom to be able to play off one another.

Viewers of the show we mostly see the end product of a performance.  Could you run us through what goes on in the rehearsal process as it comes across as being extremely hectic?

It is pretty tight because the live performances are actually done on Friday’s then air on Sunday’s. So we record on Friday’s then our work for the following week would start on a Saturday, beginning with the song selections.  Once the songs have been selected we then sit down with our vocal coach – RJ Benjamin and the onstage band to edit and run through the keys of the songs.

Sunday is kind of your day to just familiarise yourself with the song and start working through it.  Monday we start again with the vocal coaching and in-between we have our media photo-shoots and video inserts for the next upcoming shows.  Tuesday is elimination day so most of the day we’re at the venue doing rehearsals and it’s very difficult to do rehearsals on that day because of the obvious elimination reason.  Wednesday’s is our time with our mentor where we attend a mentor workshop at Yamaha, running through the new selected songs, so by that time you should be fairly polished with your song and just ready to up and go and Thursday night we have a little concert with Gavin the director and Friday it’s rehearsals all day until it’s time to record the show with the live audience.  So it’s quite a heavy week for us during the rehearsal process.

You might already be aware of this but there is a war brewing on social networks because of your unexpected elimination.  For those who are disappointed in you leaving the show what would you like to say to them?

I’d just like to say THANK YOU for the constant support and for their belief in me.  Them standing behind me has been a great confidence booster but the truth of the matter is there can only be one winner and it’s just the nature of the beast. Somebody has to go and it was unfortunate that it was me.  I’m just going to keep on keeping on and I hope to see my supporters in the future.  I’m really looking forward to a great, fruitful and fun music career.

What do you miss most about the 90’s besides the great music the 90’s gave us and what were your favourite television shows?

Oh man! For me that 90’s theme from last week was a huge blast from the past moment. In the 90’s in terms of television I thoroughly enjoyed shows like “Living Single”, “Martin” and “In Living Colour”.  Those were my absolute favourite locally I’ve also realised that local shows like “Velaphi” and “Sdumo” those were really cool shows. I was living at the coast at the time as I only moved to Joburg in 1997 and for me it was just R&B and Hip Hop for days and thank you to my older brother who introduced me to that musical era because as 10 year old little girl I don’t think I would’ve been exposed to that, the 90’s were good times.