Gigi Lamayne will graduate at the top of her media studies class with not one but four As.

The likes of Fifi Cooper, Nasty C, Gigi Lamayne and Emtee are setting the bar very high when it comes to the leaders of the new school in the South African hip hop fraternity

But it’s also quite impressive when their school books take precedence over their careers. Gigi Lamayne is not only making waves in her music career but also academically. She recently released her new single Shisa but to add to her success, Gigi will also be graduating on today, 30 March, from the University of the Witswatersrand after completing her undergraduate studies in Media and Anthropology.

Her PR manager also revealed in a statement that the rapper will be graduating with four distinctions.

"Lamayne will not only be walking away with her degree but she will also be awarded a Media Monitoring Africa Prize for Top Third-Year student in Media Studies by the Wits Faculty of Humanities," read the statement. 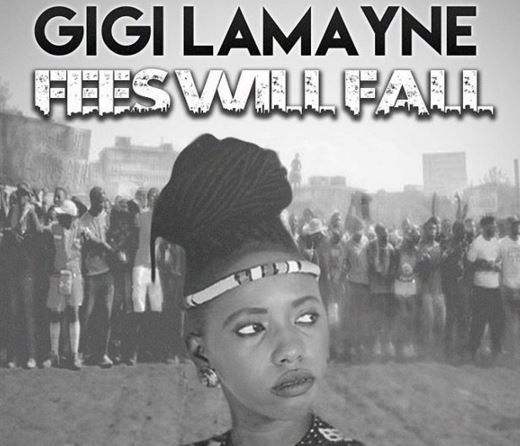 Gigi Lamayne expressed great pride in herself when she learned of her great academic achievement.

"I’m really excited to be one of the few musicians with a degree and I hope that this motivates other young and upcoming musicians to take both their craft and educations seriously," she said.

In light of her graduation, the musician will also be addressing the recent #FeesMustFall calamity with a new single titled Fees Will Fall set to also be released on the day she graduates.

Somizi Surprises Mohale With A Diamond Ring On His Birthday