Yesterday, Sowetan Live revealed that Koketso Modiba and Angelo Collins would be taking the title of Mzansi's Sexiest Woman and Sexiest Man in their annual Mzansi's Sexiest competiton. With over 40 thousand votes recorded, the comeptition was always going to be stiff but there could only be one winner. ZAlebs was at the Capital Music Cafe in Rosebank and we were treated to a wonderful dinner in the company of the 6 men and 6 ladies that Mzansi had voted in their top 12 sexiest celebs.

I feel very humbled in a lot of ways. I know that South Africa has come a long way and this competition just shows that South Africans always believe in what they are doing. To be honest, I didn’t expect win, and it’s hard to believe that I have!
I was very surprised to even be nominated; I’m just a guy who grew up eKasi (township). I am 37 years of age I just keep gyming and keeping myself fit and I guess it pays off.

I would also like to thank Madiba for all the good work that he did. I mean, I am Angelo today because of him, I’m able to do what I do because of him and I am  proudly South African. I would like to say thank you to uTata and may his soul rest in peace. 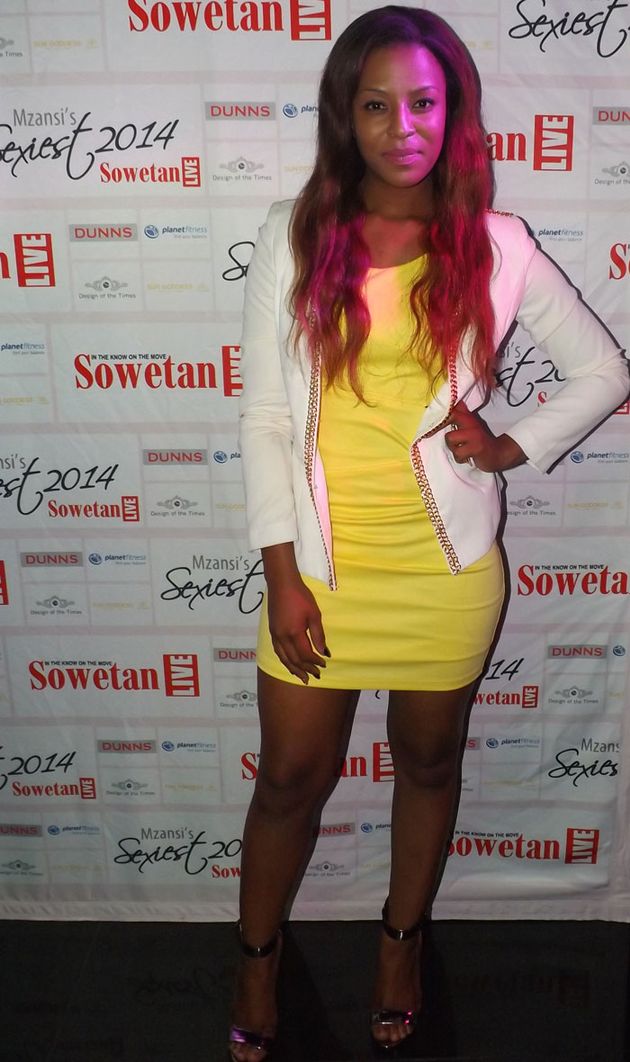 Before leaving, we caught up with another of the nominees, Jessica Nkosi. On the feeling of being nominated, she said:

To be honest I was very surprised because we all know that South Africa has a lot of beautiful women. I am very honoured to be in the top 12 of Mzansi's Sexiest. I just hope any women out there can realise that they need to be who they are and that we are all different; just believe in what you do.