It looks like the love bug has struck Lerato Kganyago... judging by her recent social media posts, at least.

The Metro FM DJ and talk show host seems to have a new man in her life.

Lala teased fans with a short video on Instagram on Sunday. In the clip, she's seated in the passenger's seat of a car and there's someone's (a man?) hand on her lap. Jamie Foxx and Beyoncé's When I First Saw You is also playing in the background.

As soon as the video was shared, fans took to the picture-sharing site to leave comments. While others were wondering who the new man is, some mentioned the name "Zorro". One wrote: "Good works Zorro, she is forever happy. You doing a good job my brother."

A while ago, the TV and radio personality shared a picture of her #MCM (Man Crush Monday), but she didn't reveal his face. The pic has since been deleted from her Instagram page. Oh, but we managed to find it on Twitter. Yay! 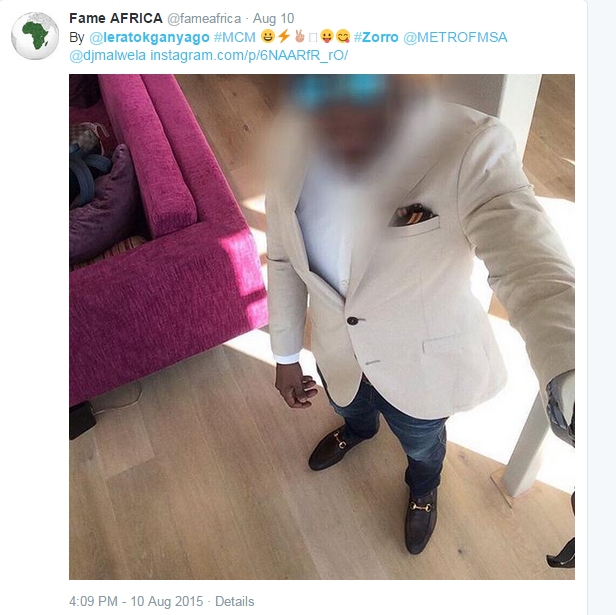