Last week ZAlebs was contacted by a young lady who goes by the name of Megan Galt who is currently based in the UK. Though not a celebrity, Megan was kind enough to inform us about this awesome international modeling reality show titled "Model Turned Superstar" she's taking part in.

Currently in the Top 20 Megan stands a chance to not only win 1 million dollars but she could also stand a chance to act in a Hollywood movie. This of course caught our attention immediately. We then decided to interview Megan who not only opened up to us about her participation in the competition, but also about the A-list international celebrities she's dated in the past. 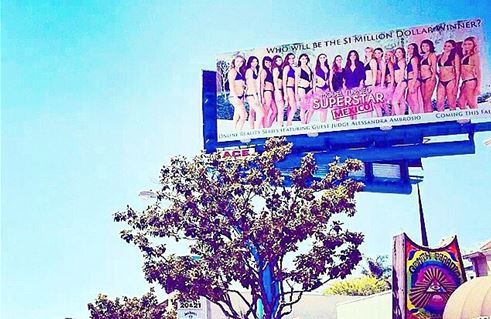 What convinced you to enter such a daring competition, considering that it’s that type of competition which receives a lot of scrutiny?

I did exactly enter on my own accord. I actually stumbled into it. My friend told me about a job in Thailand which was good pay. I thought why the hell not?! It was the semi-finals of this show, which I was placed first for. I just didn't take it seriously and with it being so fluid and easy-going I managed to beat the other girls and before I knew it here I am.

Do you already know what type of HollyWood movie the winner will be acting in?

No, it’s an enigma. The billionaire that owns the show is financing a whole Hollywood movie for the winner.

You’re currently on the number two spot for most votes. Are you feeling nervous and what’s the first thing you’re going to spend your money on should you win the 1 million dollar prize money? (Easy question but difficult to answer)

I find this an easy question actually. I knew what I was always going to do with any money I got. My first purchase will definitely be a home for my parents. They have always played a vital role in my life so it would only be right to present them with a new home. Also there’s no harm in stepping up my family’s wardrobe, you know, just to neaten us up.  The rest I’ll invest in. 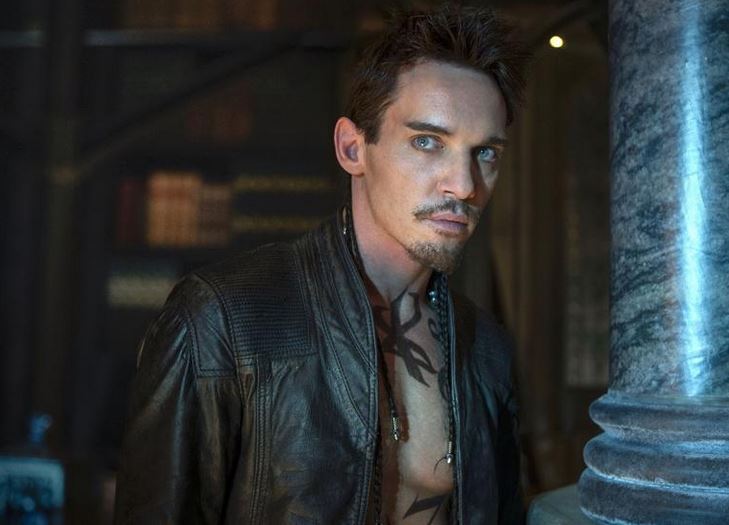 We also found out that you use to date the gorgeous actor that is Johnathon Rhys Meyers. Now we don’t mean to prowl but how was it dating such a well-known celebrity. Especially considering that you’re both quite attractive individuals?

I saw him in a restaurant and walked straight up to this blue eyed, black hair hunk of a man. My friends said I should’ve not done that, but who he was didn't faze me at all. He was gorgeous, my type of guy. We were friends more than anything and what people don’t know is that he's got a very deep soul and you see how the media can get certain things about him all mixed up for a story. But he’s really such an amazing guy. As you can imagine, I used to love looking at him, listening to his gorgeous Irish accent plus he can sing (Swoon). We had great time whilst still together.

If we look at female orientated competitions like Tyra Banks “Top Model” competition, the females there were quite…how can we put this…they were quite catty! Are you experiencing such with the other ladies in the competition?

I haven't met the other sixteen finalists yet. My friend Mecia is in it with me, she came second during the semi-finals. The other girls’ whom I came across during the semi-finals were nothing but pretty and sweet girls. I enjoyed my time with them. There were no bitchy incidents whilst we were all still together are any fighting of that sort. But there was a lot of a lot of selfie-taking.

During the semi-finals there was a challenge where we had a disposable camera and had to take 24 photos of fish, the beach etc. One girl took (and I'm not lying to you) 24 selfies from different angles. I love people like that, they make my life. A bit insane but interesting. 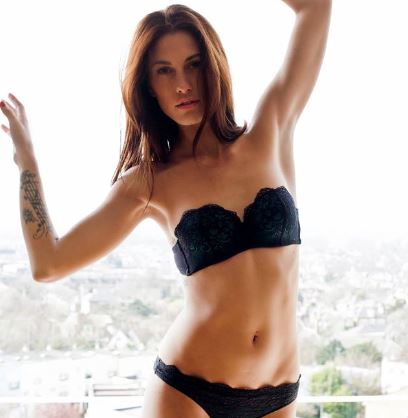 Ok, you opened a can of worms by revealing a little bit about your personal life. Not that we’re complaining at all. you also dated Caleb Followill -  lead singer of the band Kings of Leon. Did he ever write a song about you and what would you say is the greatest thing about dating a Kings of Leon band member?

I would think “Revelry” was written about me, it just quotes a lot of experiences we had together. It was pretty rock n roll, but I also dated him pre- “Sex on Fire days” so he wasn't as famous in SA or even in America. It was a great experience and touring with them through England and America was a complete eye-opener for me.

Ok, back to this competition. How can fellow South Africans help you kick the other non-South African contenders out the park? We want to make sure you win.

So it’s just about voting for me, the only thing is, you can only vote once off one device. Go to the Model Turned Superstar site and turn the word vote to purple. Just spread the word like wide-fire amongst your friends. I just need votes and then the rest is up to me when I go into the house in October.

Is there any chance this competition will be televised? If not where can we find it online?

The site will also be providing live feeds and recorded episodes of the show.

You also have a twin brother. What’s his gut-feeling about you winning this competition? You know what they say about twins and their sixth sense.

I would so love to visit South Africa, I've got a new Godson and he's just turned one year’s old. I'm missing out on everything. I’ve just been too busy, but if i win, wait, when I do win, I’ll be the next flight back home. Oh and for the Braai meat, I very cunningly situated myself in Wimbledon, London. There’s about three South African stores that are like ten minutes away from my house which makes me miss home a little less plus I at least have my chocolate Pronutro’s. Got to support proudly South African products right?

Come on South Africa let's show our support for Megan!