The team behind Uzalo stays winning!

The SABC1 telenovela which premiered early this year, is still the most watched show in Mzansi.

The show, which stars Lelethi Khumalo, Mpumelelo Bhulose and others, is now sitting at over eight million viewers, making it South Africa's most loved show.

What about Generations: The Legacy? Well, the popular soapie is also doing well with an audience of close to seven million people. 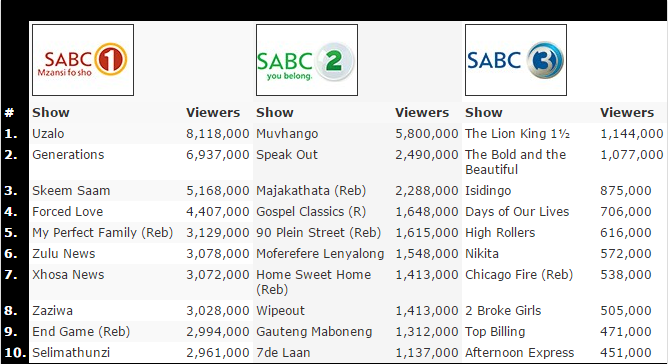 Uzalo has been dominating the TV ratings for months now and it doesn't look like that's about to change soon. What's their secret?

Speaking to City Press last month Duma Ndlovu, the man behind the show, said: We tell stories in a way that makes our people see themselves in them. What made Uzalo a hit is the fact that people from Kwa Mashu and around Durban see thmselves in the characters."