It looks like Trevor Noah and his American girlfriend, Jordyn Taylor, are ready to go public with their romance.

The paps have managed to gets shots of the couple getting cosy in NYC in the past, but they have remained mum on their relationship.

Jordyn shared a picture of her and her boo this week, for the first time since rumours of their romance surfaced.

Okay, it is not exactly a lovey-dovey shot of the couple, as there are several other people in the picture, but we will take what we can get.

It looks like the pair were attending a party.

Read: Trevor Noah’s US girlfriend joins him in SA?

In other Trevor news, The Daily Show host got to meet blockbuster actor, Will Smith, and he was so excited about the meeting that he ended his seven-week dry spell on Instagram.

Will was a guest on the show recently, and Trevor is clearly a fan.

The 31-year-old gets to hang with a lot of A-listers on his show, but he looked super excited to meet Big Willie.

Trevor shared a picture of the two all smiles.

“Will Smith was my guest on The Daily Show. What a fun time we had,” he captioned the picture. He also added the hashtag, #YouDontNeedHashtagsForWillSmith. 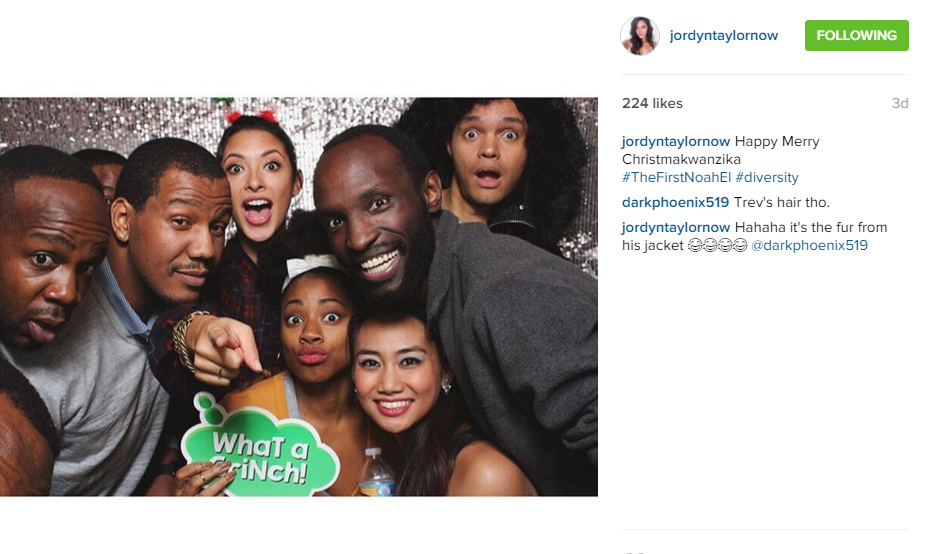 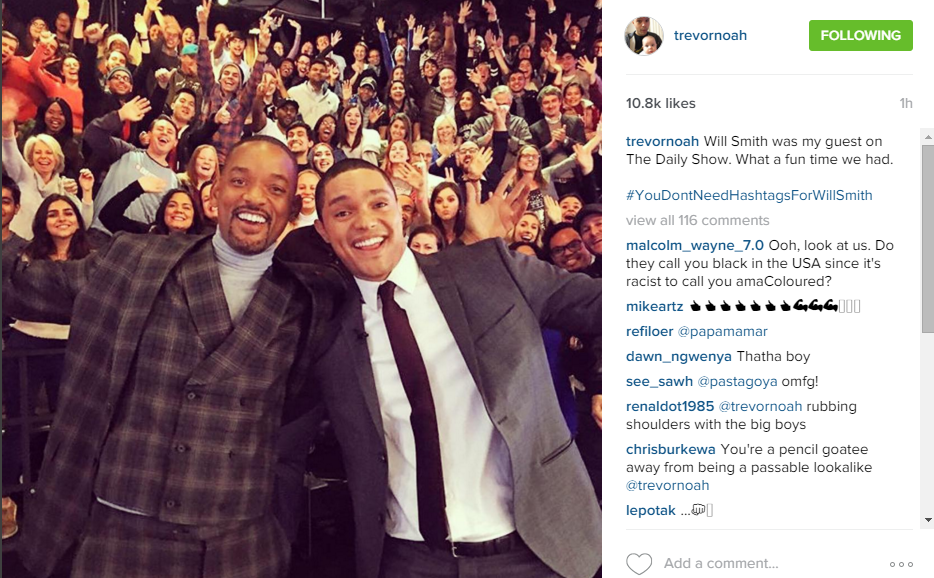