Hey what do you know, AKA is not the arrogant guy people perceive him to be! The 24-year-old award-winning rapper, whose real name is Kiernan Jordan Forbes, believes that the people who have that perception of him have never sat down with him and can’t claim they know him from social networks.

AKA has proven himself to be a inspiration as well as an artist after paying a visit to one of his biggest fans Mpho. We also saw AKA and his mom holding a cheque of R50 700, which was to be donated to the Impilo child protection and adoption service. 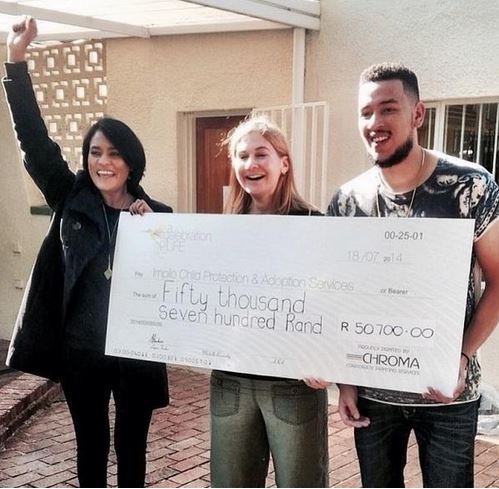 Even though we know about the continued beef between AKA and Casper (Remember this big story from last week?) but that has begun to cloud people's judgement of the rapper. Casper recently opened a case against a member of AKA’s entourage after a gun was pulled on him.

The incident allegedly took place on the 15th August 2014 at SABC 1’s Live Amp studios where both artists had been invited to perform.

Drama aside, we think AKA has made some great moves both on and off the mic; bigups to you!