Phaledi, who appeared on Katch it with Khayi to reveal all about her alleged relationship with DJ Black Coffee, now feels betrayed by Khanyi. According to Sowetan, Paledi blames the television host for her misfortunes.

The paper saw texts from Phaledi to Khanyi, which read: "I recently went out for auditions. They like me till one of the producers saw me on the show talking about Black Coffee and they cut me out." 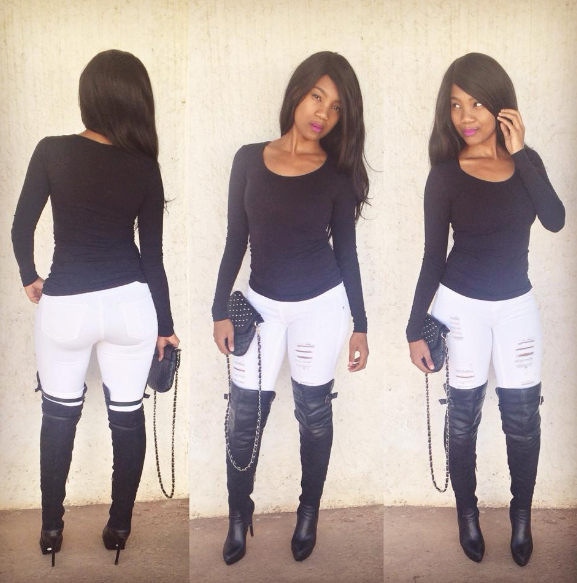 She said Khanyi is lucky that she hasn't dealt with her yet. "I destroyed the last pim so bad I had to go to church. Afterwards I felt horrible. I've lost all my respect for you, I regret shooting that sh*t. You are not going to get away with this, and this is not a threat, you must know about me right now. I will deal with you my way. You will never understand how I feel, nobody did nothing wrong to you. Watch this space boo!"

She also believes that the mother of one took advantage of her. She continued: "You interview someone and then and then let e.tv air the interview after 14 months, you are disgusting. I'm coming for you..."

Phaledi added: "One of us will end up in hospital and the other one in jail and we will be on every newspaper cover, that's what you want, you love attention."

According to the paper, Khanyi has reported the matter to the Sandton Police station. "It pains me how people still think I am the teenager I was then. Drama does not fascinate me. I have dedicated my life to making an honest living. It's sad how being the public eye sets one up as a target of blackmail and it's sad how a grown is out to destroy another," she told Sowetan.