It looks like Bonang Matheba is finally ready to express her love for AKA.

The TV and radio personality made the rapper her man crush on Monday, and we have the picture to prove it!

Bonang took to Instagram to publicly show AKA some love.

She has previously wished him happy birthday, but this is her boldest move yet.

Bonang’s post comes days after AKA was forced to defend her from haters who once again called her a homewrecker and slammed her for demanding an apology from his ex, DJ Zinhle.

READ: AKA puts his relationship haters on blast!

They are yet to confirm their relationship, but it is public knowledge that the pair (who have been spotted getting cosy together countless times) are involved in a relationship.

The social media detectives have already busted their romance, and it is about time that these two stop playing the “mystery bae” game.

Bonang’s latest post could be a sign that the couple will soon go public – at least we hope!

How cute would their vacation pictures be if we could actually see their faces?

SPOTTED: AKA and Bonang at the airport 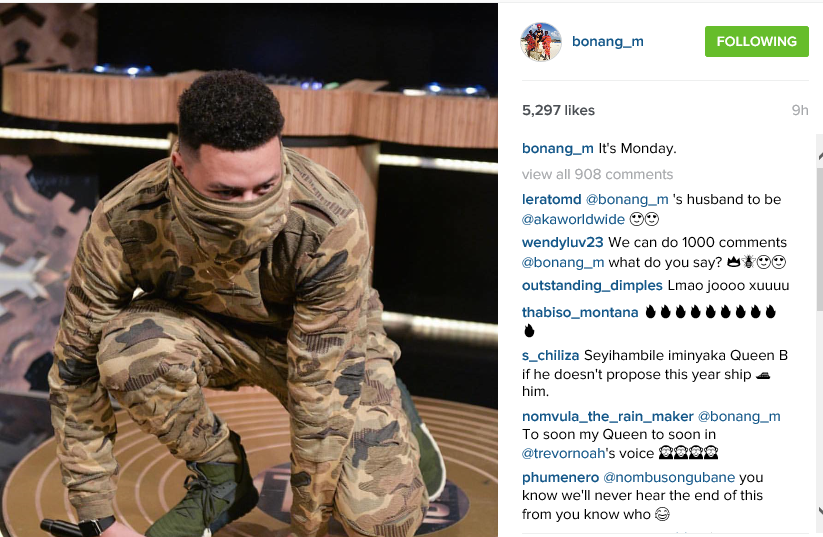