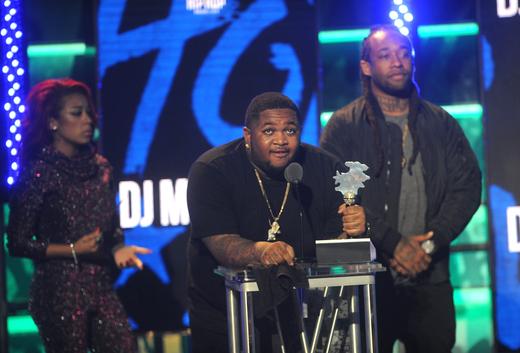 If you don't understand that last phrase, I'm talking about hip hop DJ and producer, DJ Mustard, whose catch phrase can be heard on some of the biggest hip hop tracks to come out of the USA this year. The likes of Chris Brown's Show Me and Trey Songz' Nana are some good examples.

DJ Mustard walked away with four awards last night, including the highly coveted MVP of the Year award. Drake and Kendrick Lamar, whose competition continues to grow, both scooped two awards each while my boy Kanye walked away with this year's Best Live Performer award.

My current guilty pleasure, Iggy Azalea, rightfully picked up the Who Blew Up award and Drake was named as The People's Champ. All in all there weren't too many surprises.

In terms of performances, Common and Jay Electronica's tribute to Mike Brown has been trending since last night, while Queen Latifah, Brandy, MC Lyte and Yo-Yo's collaboration was a fun throwback. 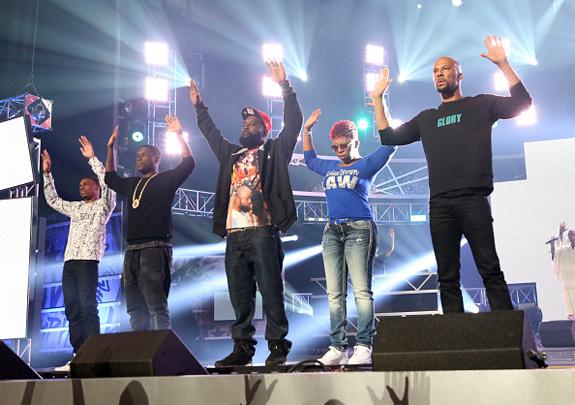 I'd like to talk about the performances a little more, but we'll all have to wait until the BET Awards are televised in South Africa on Friday the 17th of October. If you didn't already know, channel 135 is now BET on DSTV and you can catch the BET Hip Hop Awards on Friday at 23:00 CAT.

Lyricist of the Year

Video Director of the Year

DJ of the Year

Producer of the Year

MVP of the Year

Track of the Year

Album of the Year

Drake – “Nothing Was The Same”

Who Blew Up Award

Hustler of the Year

Future f/ Pharrell, Pusha T & Casino – “Move That Doh” (Produced by Mike WiLL Made It)