Ifani has made history, guys.

He released his new album I Believes in Me [2nd Quadrant] on Wednesday and he’s already celebrating its success.

The rapper posted a picture of himself holding his gold plaque and wrote: “#DreamsComeTrue Thank you Sony Music Africa for handing me this Gold Award and most importantly THANK YOU to everyone who bought the album. Thank you in advance to everyone who will buy a copy. Neva let anyone tell u you can’t. Coz if u believe & work for it, you WILL!” 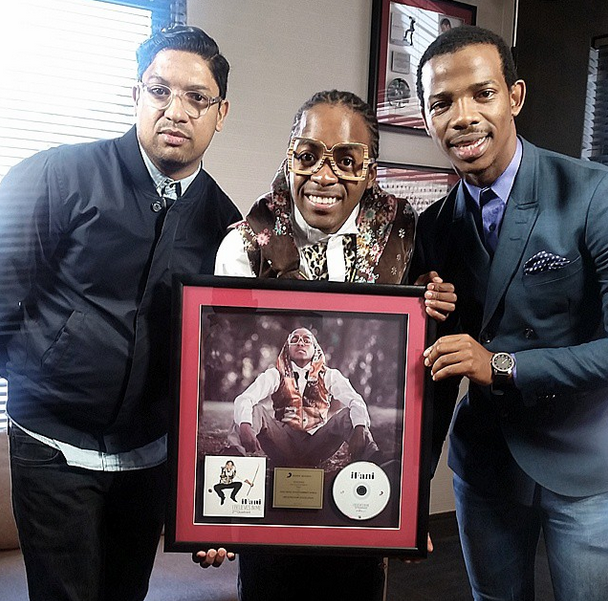 When he first announced his #1stdayGold campaign it really seemed impossible. Come on, guys, how many artists (in South Africa, at least) have achieved this?

He wrote on Twitter on Wednesday: “When my dream of #1stDayGold comes true today. Will u plz promise yoself to dream BIG & work hard for yo dreams? Plz? #nothingIsImpossible.”

How did he do it? He explained on Twitter: “A big chunk of these sales came from preorders. I was on the road knockin on every door lyk I was sellin insurance. Now im close to my dream.”

A statement from Sony Music read: "Ifani actively pre-sold his album via every radio, TV, print and online interview, pre-sold to everyone from corporate clients, to small indies, and the most important people in his career, his fans."

Well done, Ifani. You can definitely teach a lot of people a thing or two about marketing.