Condolences continue to pour in for Koyo Bala.

The 3Sum band member lost his battle with cancer on Monday morning. Scores of people have taken to social media to share how heartbroken they are about the singer's passing.

One of those people is his best friend, Lerato Kganyago. The TV and radio personality was on most people's minds after the news about Koyo's passing broke. The two were very close and were last snapped together (on social media) on the weekend of the Metro FM Music Awards.

Lerato wasn't quick to say anything about her BBF's passing on social media on Monday. However, she broke her silence on Instagram on Tuesday morning.

She shared a screenshot of a Twitter post on the photo sharing site, with the caption: "Till death do us apart." 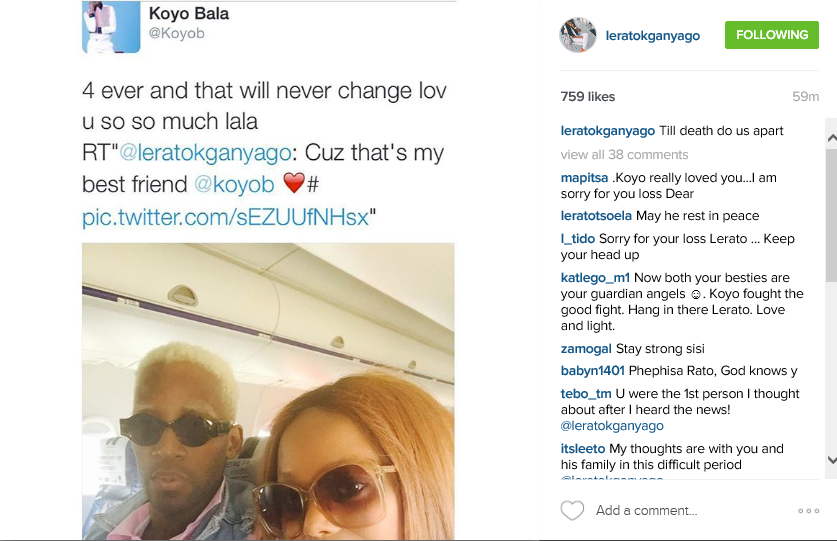 Lerato and Koyo shared a lot of wonderful memories together...

Me and my sweetheart lala

Me and my bestie ;lov her so much @leratokganyago #gudtimezzz

The way I lov this woman @leratokganyago she is always there 4 me raining of not .......