The local hip hop fraternity may yet again be blessed with a great collaboration.

It seems like new kid on the block, Nasty C, may be doing a collaboration with his idol, AKA.

The Juice Back hitmaker, who in the past collaborated with AKA’s nemeses Anatii and Cassper Nyovest on the hit track Jump, is not trying to get involved in the whole hip hop beef.

The 19-year-old was awarded the Best Newcomer Award at the South African Hip Hop Awards last year, and has since been churning out the hits.

His timeline was set ablaze on Monday night when he shared a picture of himself and AKA, posted up at the famous Raw X studios, where many hip hop hits have been made. 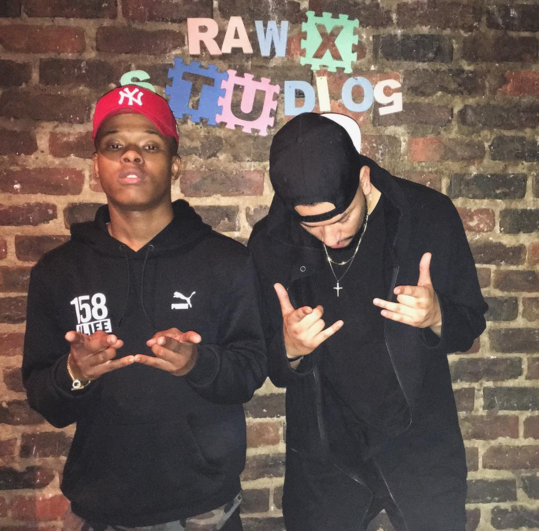 Hopefully the collaboration between AKA and Nasty C will be another joint venture that Raw X Studios will be boasting about in the future.

After AKA posted the picture of the two on his Instagram account, he was met with a whole lot of positive reaction from his followers.

"Ya'll already know volcanoes gone erupt with these two in one track," @guy_outrage said in the comments section. We completely agree with his sentiments.

Although the two have remained mum about the collaboration, we have no doubt that the song will definitely warm up our coming cold winter days.