Speaking to Sowetan Live, Prosper Mkwaiwa’s wife told the publication that her husband died in her arms after she had attempted to wake him up countless times whilst on route to the hospital.

“I don’t know what to say and I can’t explain how I feel, he died in my arms.” She told the publication.

Prosper, passed away after complaining about a fever, he was then rushed to hospital where he met his demise.

Prosper became known after he married actress Tina Jaxa whom he divorced and has two children with.

In 2010, he then married singer and socialite, Tina Dlangwana, although they were experiencing some turbulence in their relationship the couple was working on picking up the pieces to their broken marriage. 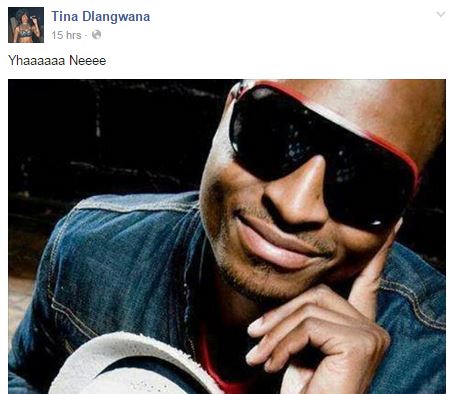 A date of Prosper’s funeral has not yet been released.