Kigali-born Radio Presenter Arthur describes himself as "funny, humorous and humble". He says he loves the fact that he is social and makes friends easily. He enjoys people who are humble, and dislikes people who are irresponsible.

His favorite foods are rice and beans, his favorite book The Whole Truth, and favorite TV show, Real Husbands of Hollywood. He enjoys Usher’s music and his favorite actor, Kevin Hart, is the star of his favorite film, Think Like A Man Too.

He says that viewers can expect ‘'talent and humour’' from him and if he wins, he’ll invest his money in business. What won’t he do to win? “Anything that goes against my human nature”

Arthur believes that ‘'originality’' is the best thing about Africa, in terms of its culture. His favorite place outside the continent is the United Kingdom, ‘because that place is calm – especially Wales’. Arthur’s role model is Chris Rock, because ‘he is really good when it comes to comedy and he has helped so many comedians to make it on the market’. 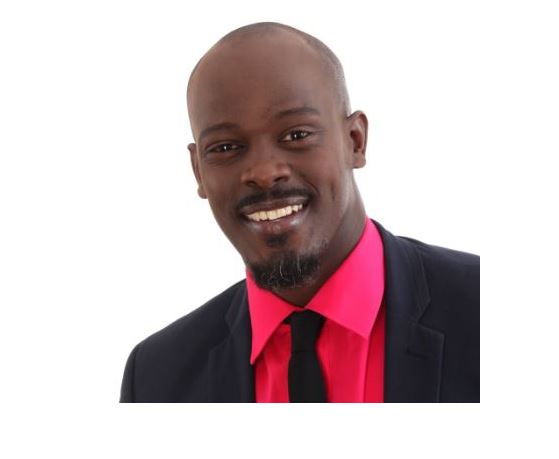 Frankie is a singer, model and actor with a degree in Financial Management. His favorite food is ugali with beef stew and his favorite book is Nelson Mandela’s Long Walk To Freedom. Frankie enjoys the music of Joe Thomas, Luther Vandross and Morgan Heritage and he loves ‘epic movies and romantic comedies’. His favorite actors? Djimon Hounsou, Jamie Foxx, Denzel Washington, Cameron Diaz and Lupita Nyong’o.

He values Africa’s ‘uniqueness and authenticity’ and lists his favourite place as Kigali – his place of birth. Outside of the continent, he says that Canada is his favourite destination because of all the opportunities there, but also because his son Taye was born there.

Frankie considers his parents to be his role models, because ‘they have gone through lots of tribulations, but love and kindness always blossomed’. His proudest achievements are graduating from university and when his son was born.

Frankie says that viewers can expect ”great times full of enthusiasm and adventure” from him and that if he wins, he’ll contribute towards building a school in his grandmother’s village and buy a house for his parents, to thank them for everything they did for him.

Big Brother housemates are making us expect a lot of things from them. We can only hope they follow through with their expectation promises.