Since the rise of the insidious attacks on African foreigners living in Durban, there has been an outcry by politicians and many local artists who have called for all South Africans to help put a stop to the xenophobic attacks that have been terrorising Durban and many of the other provinces across the country.

One artist who made his voice against xenophobia quite clear was former Skwatta Kamp member and local hip hop head honcho, Slikour. Slikour gave a profound definition of what Xenophobia is and how if we as a nation do not break free from Xenophobia’s evil clasp we could surely see ourselves fighting against each other as a nation.

“Xenophobia is when people give up on themselves so badly that anything or anyone who has some sort of hope or ambition terrifies them to a point of violence.

Xenophobia is not brave it’s fearful. It’s only a matter of time till that fear sheds its own native blood ‘cause it doesn’t fear foreigners it fears hope.”

His post was then followed by the likes of Black Coffee who also encouraged an end to Xenophobia and promoted the message of Ubuntu and being one as Africans:

We Are One #NotoXenophobia #WakeUpAfrica

The support against xenophobia amongst SA artists grew even stronger within hours as the Cashtime Fam also gave their stamp of disapproval with regards to the attacks that have been occurring against other Africans.

Boity also highlighted the significant truth about first being a human then being an Africa.

"..and far beyond African, I am a human, just like the humans are being attacked, STOP! #NoToXenophobia" - She tweeted.

Botswana rapper, Zeus also made a statement that most South Africans should think about instead of letting this issue be swept under the carpet.

"The xenophobic waves that happen ever so often in South Africa...is like we've forgotten that these are the same people and brothers who provided refuge for people fleeing from the South during our hard times."

Meanwhile the eThekwini Municipality has organized a peace march to be held tomorrow, calling on Kwa Zulu Natal Citizens to join the Peace March against violence directed at foreign nationals. 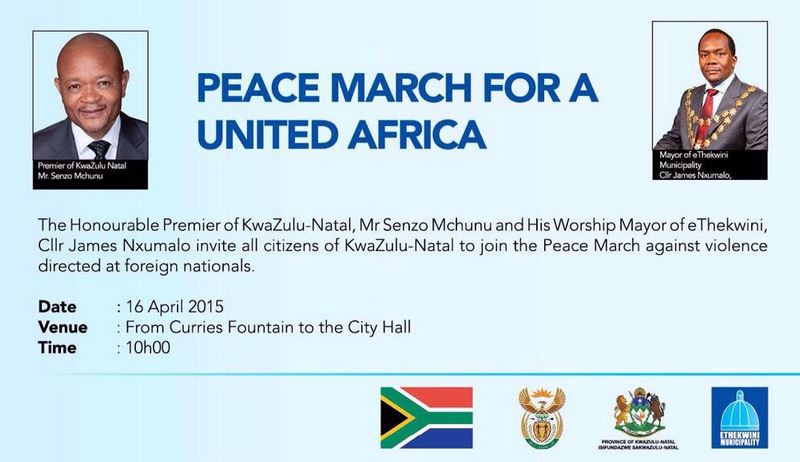