Earlier on today it was announced that South Africa’s most flamboyant and successful choreographer, Somizi Mhlongo, has joined the Idols SA judging panel.

Somgaga – as he is fondly known amongst his many fans – will be the fourth judge alongside veteran Idols SA judges Randall Abrahams, Unathi Msengana and Gareth Cliff for the eleventh season of South Africa’s biggest TV talent competition, it was announced at the first day of auditions today at the State Theatre in Pretoria. 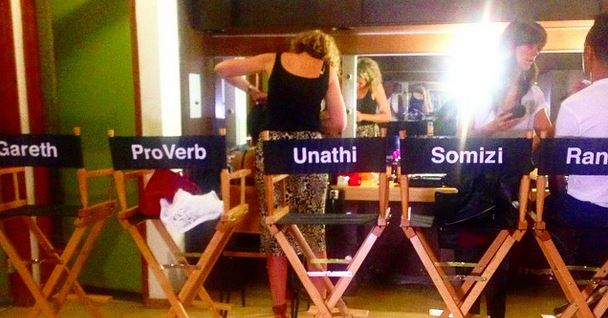 “I literally couldn’t sleep last night!” an excited Somizi said just before he was introduced to the big crowd of wannabe Idols stars, who waited in anticipation to find out who this year's judges would be. “I’ve never had a wedding but I imagine it feels a little like this. I’ve known about this for about two months already and I didn’t tell a soul,” he continued, “not even Unathi, and we’ve been working on her music video together every day!”

Somizi also gave all Idols SA contestants a bit of a warning.

“I will be judging the ‘razzmatazz’,” Somizi explains. “Contestants are warned: from now on a good voice alone isn’t enough anymore – I’m going to want contestants who have showmanship!”