10. Under the mistletoe- Justin Bieber

Justin Bieber is a weird choice considering he has more haters than people who love him. If you put your hatred for him aside, this album is one Christmas album that will sound wonderful playing at a Christmas party. A combination of songs that set the mood and songs that make you fondly recall Christmas in your teenage years, this album is excellent. Give it a listen this year.

9. A very She and Him Christmas

Think; 60s Big Band Christmas hits sung by Zooey Deschanel and M. Ward and you have a very She and Him Christmas. The cute duo remind you that its Christmas like nobody else could with their blend of disney-esque, playful vocals with big band swing music. Some whiskey infused eggnog wouldn't go amiss!

8. My Kind of Christmas- Christina Aguilera

One thing you are guaranteed from a Christina album, is perfect, mindwobbling vocals. My Kind of Christmas is no different. Although some of the songs are a bit bland and boring, Christina's voice lights up the Christmas tree on this album. Its an enjoyable listen all round, nothing but the spirit of Christmas.

Er, what? Yes Christmas on Death Row is on our list of 10 Christmas albums. We won't recommend it for anybody who doesn't like rap; but it's a nice listen and weirdly, finds a way to set the mood. It's a rap take on Christmas album; gangsta rap at that; as Snoop and Nate talk about girls, violence and marijuana. What we like about it, though, is that all the proceeds from the album went to charity. It was very much "In the spirit of Christmas", especially having sold 200,000 copies. That's close to R2million straight to charity. Good on you Snoop and Nate. Good on you.

Glee, happy, choral Christmas covers with a modern edge. Etc. The title alone tells you why you need this album in your collection. If you hate Glee, we'd probably recommend album #7 instead.

Has there ever been a more perfect sounding harmony than that which occurs when the lads from Boys II Men step onto the microphone? The answer is no. Now just imagine Boys II Men singing Silent Night and that's what you can expect from Christmas Interpretations. A killer album with beautiful, heartwarming vocals. Goes well with warm pudding.

Elvis Presley is one of the most iconic musicians in history and his Christmas album, Blue Christmas was a strong contender in our top 10 list, but unfortunately it lands just outside the top 3. It makes us feel like we are having Christmas in Hawaii or the USA, but it's a wonderful listen.

When your evening is coming to a close, everybody has had their deserts, kids are in their jammies and ready to get to bed and you're about to recite a bed time story to them, play Noel by Josh Groban in the background. It's ambient, mellow and emotional. It's the perfect album.

2. Do They Know It's Christmas - Band Aid

When Bob Geldoff called up some of his famous pals to record an album for children in Africa, nobody could have predicted that such a succesful album would be the result of his efforts. The likes of Paul McCartney and Sting joined in to create one of the biggest and most influential Christmas album of all time. Band Aid was recreated in the new millenium as a tribute to the iconic efforts of Geldoff and the boys. 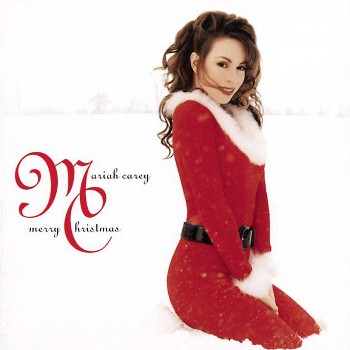 Merry Christmas is about as essential a phrase for the Christmas period as the album by Mariah Carey of the same title is. Merry Christmas plays at every department store, in every Christmas movie and shoots to the top of the iTunes charts from December 1st. It makes number 1 on our Christmas album because of its impact in the Christmas Music Industry.

Which album would you have added to our top 10? Leave us your thoughts in the comments section.