With 16 dramatic designs from 16 of South Africa’s best fashion students, who were mentored by 16 of the country’s most talented fashion mavericks, it was clear that this was a not-to-be missed glamorous affair.

The audience in attendance was treated to a beautiful love affair between the beautiful game, its fans and the future of SA’s fashion designers as they marvelled at the sensational designs on display.

Each student had to take inspiration from a team, which the designer had picked in a draw, and use that team's logo, colours and heritage as part of the vision for their ultimate runway-ready garments.

Like any good football coach will tell you, scouting for the best future players requires a lot of travel and getting them while they are still young, hot and hungry. And that's what the Nedbank Football Fashion scouts did.

Here are the few designs that were showcased on the night:

The opulent black and gold creation, by designer Terrence Bray and student Tamlin Bergoff, was indeed fit for football royalty and sealed Amakhosi’s seemingly unstoppable winning streak both on and off the pitch.

Amid an explosion of confetti and a kaleidoscope of colour, Kaizer Chiefs super fan Fefe Sonti basked under the glare of the fashion spotlight as her garment was singled out as the Grand Design of the evening. 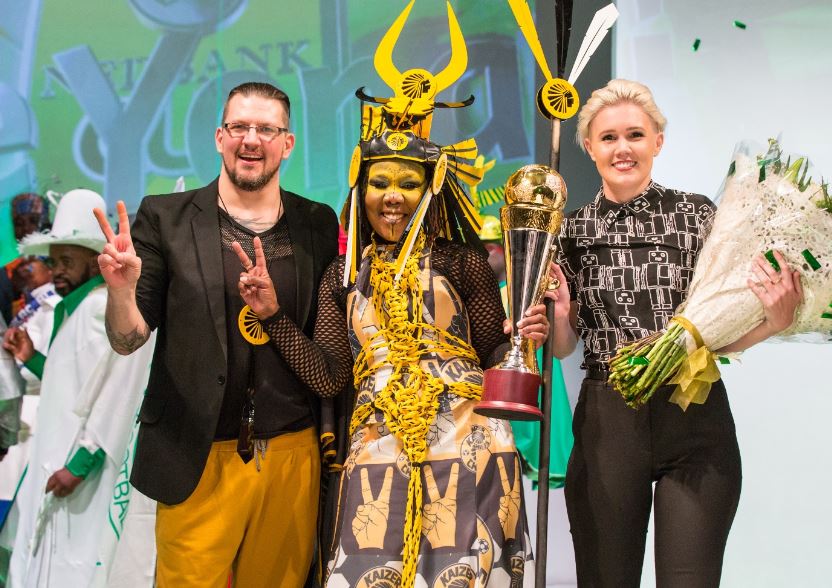 And in a move that had fashionistas cooing their approval, the inimitable couturier Gavin Rajah strutted off with the Best Designer trophy. 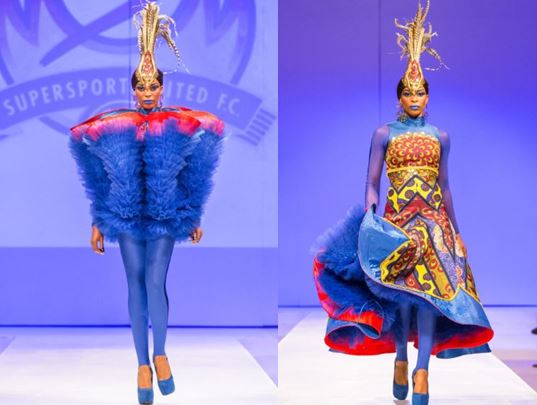 His chic tight pants and jacket ensemble opened the show to nods of approval. But it was when, halfway through the runway, it was transformed into a psychedelic grand costume representing SuperSport United, that an audible gasp of surprise went up.

Designers included those who have put South Africa on the world stage with their jaw-dropping work, including David Tlale, Chu Suwannapha, Milq & Honey, Gavin Rajah and Fundudzi by Craig Jacobs to name a few.