Not a lot of people can survive in the entertainment industry.

We've seen many cases where people were hot one minute, and quickly became old news the next. However, not everyone is that forgettable. Thembis Seete, who burst onto the scene as a member of kwaito group, Boom Shaka, is still making strides in the entertainment indusrty - 20 years later. How does she do it?

Not only do we think she has the answer to how to remain relevant, but we also believe that she has a youth fountain. The actress and musician is ageing gracefully.

Thembi is the cover star for the October issue of Bona magazine and we couldn't be more excited about this. 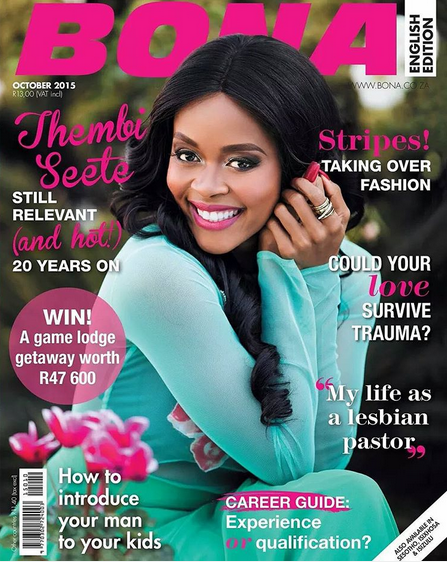 Maybe she's giving some tips on how to stay young?