The Death at a Funeral star took to his Instagram account to post a picture of himself standing in front of his longtime girlfriend Eniko Parrish, who was proudly displaying an engagement ring with a huge smile on her face. 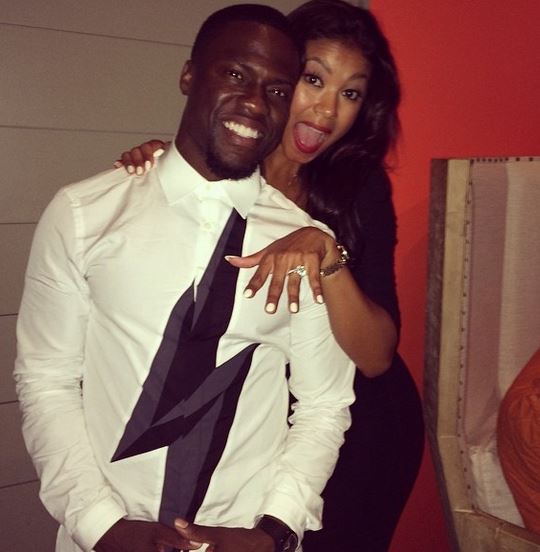 The 35-year-old comedian popped the question to the raven-haired beauty last night (18.08.14) on her 30th birthday.

Shortly before announcing their engagement, Kevin - who has been dating Eniko for five years - posted a throwback picture of the pair alongside a heartfelt happy birthday message in which he declared his love for her and joked she is "old as s**t".

He wrote: "Happy Birthday to the most amazing woman in the world. Today is your day babe & we are going to party like it's 1999....I love you so much. I'm a better man because of you. P.S your old as s**t now lmao #Dirty30 #HappyBday #ThrowBackPic (sic)"

The couple's engagement comes just one week after model Eniko took to Twitter to deny pregnancy rumours but appeared to hint that the pair will try for a baby in the future.

She wrote: "LOL! Working on it does NOT mean right now. "Working on it" means when the timing is right.. We will begin to plan! (sic)"