Bonang Matheba has found herself in a rather messy situation. Rumours about a relationship with AKA, behind DJ Zinhle's back, have surfaced, just days after AKA and Zinhle's break-up announcement.

According to Move magazine, Bonang and the rapper were seen together at the BET Awards. Queen B was reportedly seen following him around at the event, which took place in Los Angeles in July. 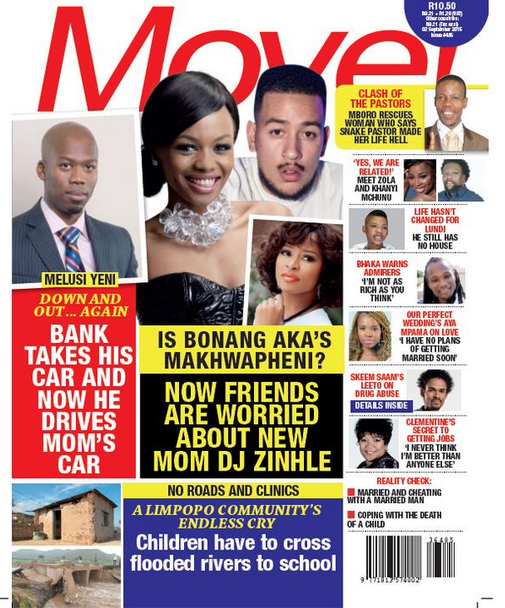 They were also reportedly acting all cosy at the Hilton Hotel during the weekend of the Durban July. The mag even claims that they shared intimate moments together.

"When the two are together they do not even try to hide the fact there is chemistry between them. There is something in the way they look at each other and their interaction speaks volumes," a source told the mag.

However, Bonang shot down these reports in one tweet:

Bonang's publicity manager, Zoe Msuthwana told ZAlebs: "We don't ever comment on rumours around Bonang's personal life. If it's not linked to her career or brands she is associated with, we are not at liberty to comment."