Minnie Dlamini has added another billboard to her list of achievements.

If you’re in Soweto, you can expect to see a huge Adidas billboard featuring Minnie - looking all fierce and sexy.

Minnie Dlamini is part of the brands recent women’s range campaign, alongside the likes of Amanda Du Pont and Nomuzi Mabena.

Several billboards were placed in parts of Johannesburg, but according to Minnie's publicist, she's the only celebrity from the campaign to have a billboard of just herself. 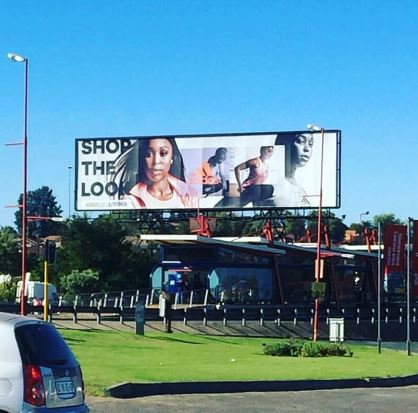 When asked about the billboard by ZAlebs, Minnie expressed that she's been so busy working on herself that she sometimes forgets about her great achievements, but billboards like these are a great reminder of the hard work she's put into her career.

“I think it’s cool, sometimes I’m so busy working I don’t have time to stop and see what I have been a part of. So this billboard was a great reminder that I was part of a campaign that celebrates women in sports. I love supporting brands that support SA talent,” she said.