The VMA’s have left us with so much to talk about, from Karrueche’s fumble (ironically enough on another music network) to Iggy Azalea’s fall from grace, we’re still nibbling at the delicious gossip left overs the awards left us with. And this weekend we make a date with 5fm’s DJ Roger Goode as he fixes our VMA news addiction with his exclusive red carpet access to the worlds A-list musicians/celebrities.

According to us Roger is officially a certified gangster the man went all the way to what is considered as California’s most notorious city, Inglewood, just for the MTV VMA’s and came back unscathed. Heck, even Chris Brown was a little nervous about attending the awards in Inglewood.

Even though after a brief conversation with Roger he assured us that the awards were presented on the “safer” side of the city:

Some celebrities were surprised that the VMA’s were going to be hosted at the Forum in IngleWood, due to the areas notorious gangstarism association. Were you in anyway nervous about being in Inglewood?
I’m from Johannesburg , Inglewood is like Disneyland in comparison, if there weren't so many cameras I would've hijacked a couple of cars.

When presenting on the red carpet people tend to dress in their best attire. However, you took a different approach and wore a superman onesie, for those who didn’t get it, why did you rock up at the awards looking like Clark Kents twin?

You can make a decent living dressing up as a superhero in Los Angeles especially with our exchange rate , I rescued cats from trees , helped old ladies cross the road. Wait until my acting lessons are finished. I will be the man.

There’s an Instagram picture of you holding the illustrious moonman award. Do you by any chance know who won took that particular award you held? (Crazy question right.) Secondly how did it feel to hold it? Is it even that heavy?
The award was presented to me, it is mine and nobody else can have it. I later saw Beyonce with it and she hasn’t given it back yet! Does anyone out there perhaps have her number?

Did you even get star-struck whilst on the red carpet and which celebrity did you look forward to seeing?

Steve Hoffmeyer is the only guy that makes me star-struck, I'm hoping to get an open letter from him one day, I was really looking forward to meeting Super Mario , but apparently he was off filming a new game.

Your honest opinion, how annoying is the American accent when you hear it live in comparison to hearing it on TV?
When the Americans got too "American" , I would lay down some deep Afrikaans accent … that shut them up.

Give us three elements about the VMA’s that really impressed you?
I must say the production was mind blowing, the red carpet was bigger than Port Elizabeth and the Nicki Minaj booty was the highlight.

Mtv’s VMA weekend will not only be airing re-runs of the award but the channel will also be showing us Roger’s personal road to the VMA’s diary, with the MTV camera’s following him as he takes over LA in the run up of the awards.

We sincerely hope Mtv brings back Mtv Diary’s, we thoroughly enjoyed that reality show it used to place a human factor towards most of these celebrities, well, not that they’re not human but you know what we mean. Mtv please bring back Mtv Diary’s! 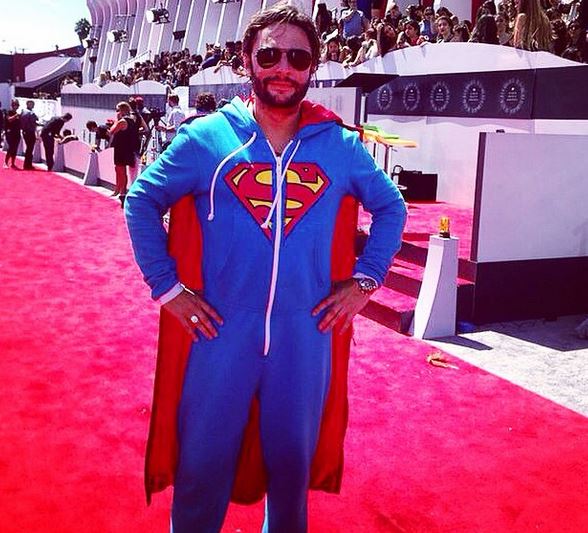 Venturing off the beaten path to show the underbelly of LA, Roger will meet a range of colourful characters along the way and attend all the parties, press conferences and even get the best seats in the house to view the live show. We were over being jealous over Roger, but this weekend the green eyed monster within us will be awakened again. 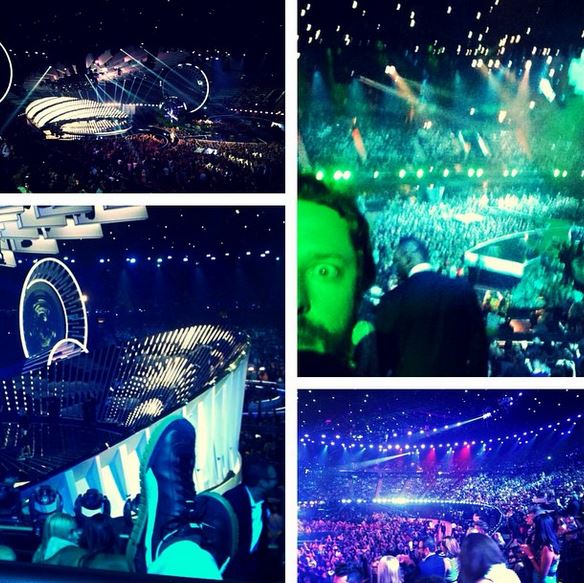 Unless you’re not much of a the jealous type  make sure you make a date with Roger Goode this entire weekend as he gives us an exclusive Mtv VMA experience we’ll never forget.