It's always great to see our talented Mzansi celebs making an impact in the entertainment industry and this week its Nomzamo Mbatha whom we are applauding after securing another big move. She tweeted: “NEW SHOW ALERT!! New Job also lol-->@HolidaySwapKZN: Announcing the new Presenter for #HolidaySwapKZN.”

Holiday Swap is a reality game show in which two teams of three friends compete against each other to win a Dream Holiday in KwaZulu-Natal.

The 23-year-old actress, who gained her fame from Mzansi Magic soapie Isibaya, also shared her trip to Paris with her supporters on social media.

She shared a picture on Instagram of herself wearing a long red dress and a beaded necklace, which she captioned: “There’s a Zulu in Paris.” 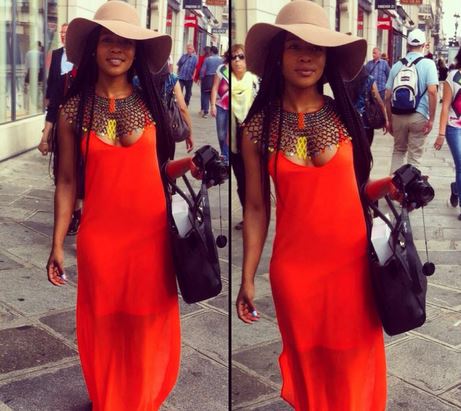 She also said: “After 20 marriage proposals from the French men, getting lost for 3hours and feet hurting like madness, I can honestly say it was a beautiful experience. Had to ask a stranger to take this pic since I'm traveling alone in this BIG city. Feeling inspired to DO and BE MORE.”

Mbatha said her reason for visiting the glamorous city was because of Beyonce and Jay Z On The Run tour that took place over the weekend.The actress was so elated about her Paris trip she even took a picture of her approved visa for all to see. 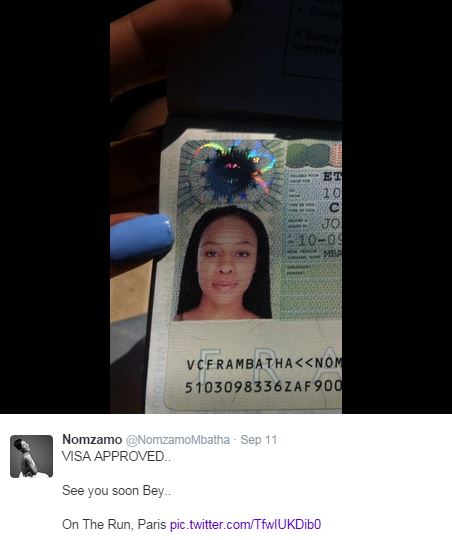 “Coming all the way to Paris alone to see you and Jay was WORTH IT. Cried my eyes out for the 2 hours and 40mins that they were on stage for,” she tweeted.

Try Not To Laugh: Cassper & Carpo Face Their Fear

#PlayOurMusicWollies Has Gained A momentum