Simba Mhere has only been on our screens for about 3 years now and Mzansi has grown to love the cuddly, friendly Top Billing Presenter as he shares his experiences with us. He's been nominated for You Spectacular Awards for the past 3 years, including a "Most Stylish Man" nomination for this year's awards show. "I've got to say I'm quite thrilled. But it adds a lot of pressure because now people are always going to be watching me," He jokes. You can tell that the nomination is no mistake though; the man oozes a sense of style that extends beyond the manner in which he dresses, but the way in which he conducts himself and the confidence he conveys in every conversation.

We chat a little more about the You Spectacular Awards when he reveals, "What I really want to do is host the awards. That's the next big one for me. That'd mean even more than winning an award for me." After I express some concerns about the challenges of hosting an entire ceremony, but he assures me that he's got what it takes. "A lot of people don't know that I'm a funny guy, that's one side of me I'd love to show to the world." Just as I confess that I'd never thought about that side of him, he shocks me by telling me he's actually done a bit of stand up comedy!

"You know the Goliath brothers? I've done some stand up with them in clubs" I'm curious; I ask about the main challenges between stand up and presenting. "You know what, Stand up is a lot trickier because there's that weight of expectation. People have come to laugh, and you've got to fulfil those demands and expectations."

Before I know it the topic has changed, and we're talking about Paris. A city he loved visiting, and one he recommends people visit during 'Music Festival Season' I ask him what his favorite city to visit happens to be. "It's a close one but probably either Paris, or Rio. But the thing is with both cities I got to experience a lot more than just a typical visit. And that's why I loved them both. It wasn't just a visit, or a work trip, it was an experience" 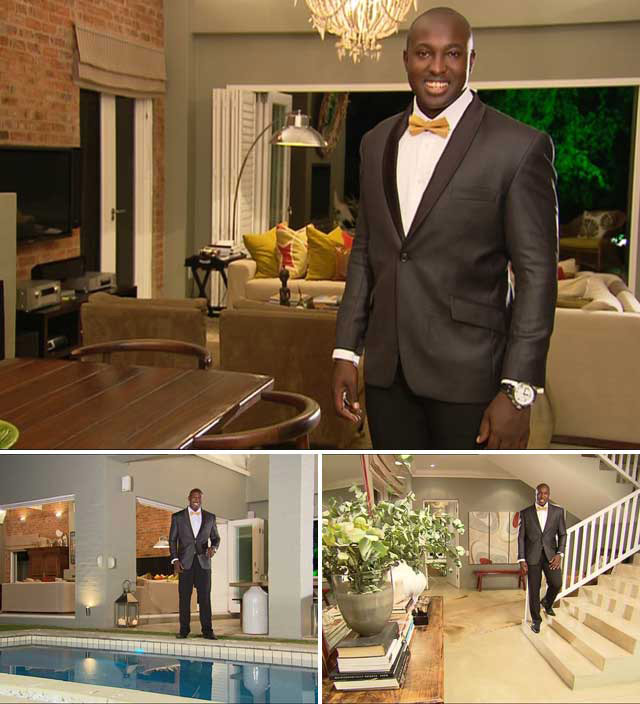 We talk about RIo a little more and he tells me how he got to chat to Jamie Foxx for close to an hour in a Brazilian bar, an experience he is clearly fond of. I ask him who his dream interview candidate would be, and without hesitation he responds "Will Smith."

"But I'd need a lot more than just an hour with him. I'd want a day to really get to know what makes him tick"

A stylish interviewee for a stylish man, certainly. And that's why his nomination for 'Most Stylish Man' is well deserved. His style may be most noticeable in the way he dresses; but his overall sense of style and class manifests itself in every facet of his personality. From his work, to his taste in music (Except 'Bands Make Her Dance' But that's a story for another day) To his role models, Simba Mhere is a stylish man through and through.

Everybody would like to wish Simba all the best at tonight's You Spectacular Award. We're looking forward to a funny acceptance speech if you win Simba!

Who do you think will take the Most Stylish Man Award?Tell us on Twitter or on Facebook!