So after we praised the SAMA20 crew for presenting an outstanding show with great lighting, sound and stage design we unfortunately have to take our praises back!, Why? because we’ve been deceived. What if we put it to you that the stage designer of SAMA20 could potentially be a stage design thief!?

One of our most reliable sources (who also happens to be a huge Daft Punk fan) thought that the award show was nothing but a hoax. At first we couldn't understand why our source was such a hater of the event until our eyes were cleansed and we finally realised the insidious creative crime that had been committed by the SAMAs.

Yes folks, it’s true, the stage design you saw at the SAMAs on Monday was the exact design replica taken from Daft Punk’s 2007 Alive Tour.

This is the original set design of Daft Punk’s tour 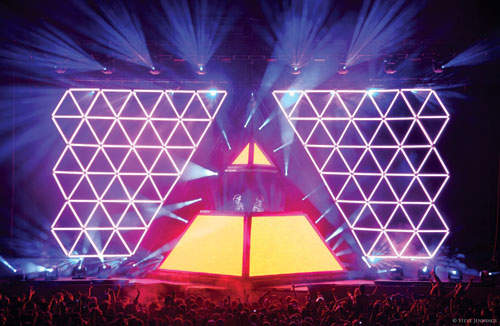 This is the exact replica from the SAMAs. 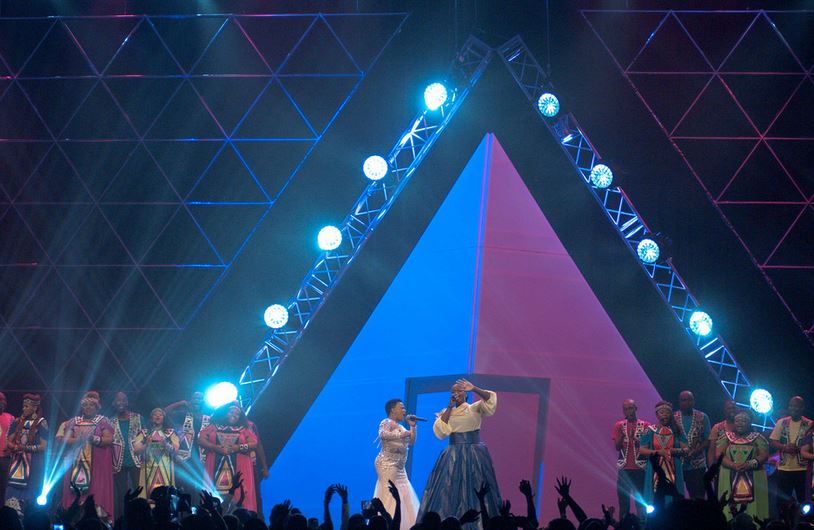 It could also be possible that the SAMA organizers were given design rights to use the exact design which is highly unlikely, however, they could’ve at least added their own flavour into it, EVERYTHING is the same. The only slight difference was that the SAMA’s had more than one pyramid prop on stage but where is the creativity in that?

If the SAMAs were given the rights to use the design we can’t help but wonder how much they were charged for this and doesn’t it say something about South Africa’s events co-ordinators and their creative competence? Come on guys! Keep it 100 with us.