The MTV Africa Music Awards (MAMAs), held at Durban's ICC in KwaZulu-Natal at the weekend, still has everyone on social media talking.

The fourth edition of the awards, which was watched by 500-million viewers, is still trending on Twitter. 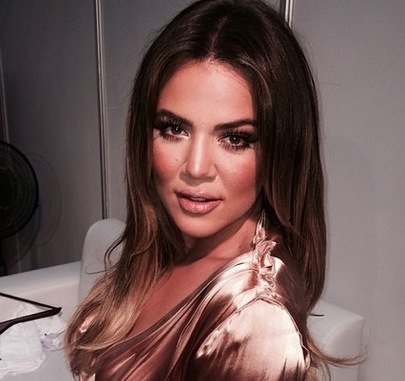 But it seems all most people were interested in was the appearance of Khloe Kardashian.

The reality star flew all the way from the US to support her man, French Montana.

Dressed in a silk Lanvin dress, the star had the crowd, including media, screaming with excitement everywhere she appeared.

But no one could top Khloe's own excitement when French Montana got on stage to close off the show at the end of the night.

But we're getting ahead of ourselves, back to the beginning.

The show was hosted by comedian and actor, Marlon Wayans. Most South Africans will remember him from the popular show the Wayans Brothers, Scary Movie spoofs and etv favourite, White Chicks.

Wayans had a bit of trouble pronouncing just about everyone's name and kept referring to Mafikizolo as Mafikizulu.

The duo opened the show with their hit single, Khona. The single won Song of the Year. They were also named the Best Group in the land - the mother land that is.

If the MAMAs were the soccer world cup, Nigeria would be crowded the champions. Artists from the region won six awards in the main categories.

The event was well organised and every performance left the crowd wanting more.

Trey Songz was the fan favourite of the evening. You could barely hear yourself think with all the screams he received when he got on stage - not to mention every time he got up from his seat or even wiped a drop of sweat from his face.

Miguel also had the crowd going with his popular hit, Adorn You. We held our breath every time he slid across the floor, did a crazy twist or turn. We thought he might fall off the stage at any moment. Thankfully though, he didn't do any crazy jumps - much to the audience's relief.

The highlight of the evening was Ladysmith Black Mambazo, who not only performed some of their hits but also a medley of songs from the nominees. They really got down while singing Uhuru's Y-tjukutja.

French Montana was joined on stage by local rapper, AKA, to close out the show. Khloe, who sat on her seat all night, looking slightly bored, jumped to her feet when her man took to the stage.

All the nominees eventually joined him on stage, carrying flags from countries all over Africa - aaah it was like the 2010 soccer world cup all over again, only this time it  was African musicians united.

Artist of the Year: Davido (Nigeria)