On Monday morning, Ntsiki Mazwai visited Cliff Central for a chat on the Gareth Cliff show to discuss everything she stands for and also the things that she’s against.

Known as the least liked personality in the social media world (not that she cares), Ntsiki delved deep into her issues with relationships and how she’s actually considered dating women.

Ntsiki explained to Cliff that relationships are currently not her strongest forte at the moment.

“You know I’m talented at everything but relationships," she jokingly said.

Gareth then enquired if she’s in a relationship at the moment to which she replied: “I just kind of took a short break from one.”

Ntsiki then explained why she’s decided to take a backseat from relationships for now.

“The thing is, there are these roles that have been imposed on people. As the chick you must be more domesticated and as much as guys say they are modern men when it comes to relationships, they do expect you to play the submissive role, you can’t just be a queen.

"I want to be in a relationship where I can be powerful and unapologetically, and for my man to be like ‘Yeah baby show them!’"

“I am now! I am. This past weekend I was actually like hmmm…I was busy fantasising about Minnie Dlamini.”

Ntsiki kept on admiring Minnie’s hotness when Gareth asked her if she’d actually be in a lesbian affair with Minnie. Ntsiki later admitted that she would.

“Oh absolutely, today! I would be like ‘Minnie do you want me? Let’s go baby!’"

Ntsiki, however, did say that she’d need her ‘D’ once in a while and also described what type of men she’s into. 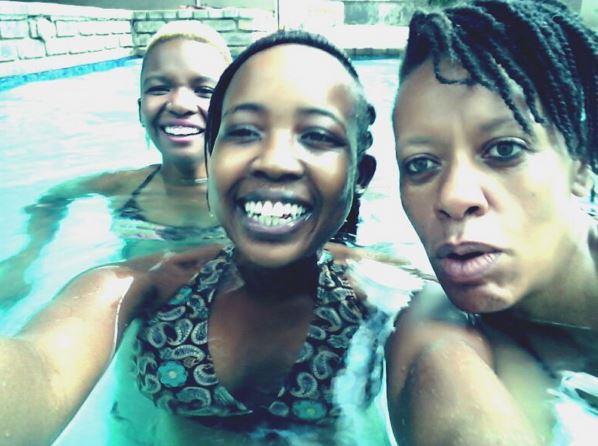 “Physically, I tend to like tall guys and I like hair. Men have become metrosexual and everything and that’s not sexy for me. I want to be able to go hiking with my guy, play a lot, and get dirty together.

"My problem is that I’m attracted to the alpha male which always turns out to be the asshole man. Which means the alpha male has been socialised to be an asshole."

Gareth joked that maybe Ntsiki wants the impossible, to which she replied: “No, if I’m such a cool chick, why can’t I be with a cool guy?”

Anway, Minnie, Ntsiki has got her eyes on you girl!

Watch: Boity wants to have a baby