It's a new week and a new day! What better way to kick it off by finding the movie to watch with your friends, family and companions this weekend? We're here to help, and this week we reveiw Ben Stiller's latest flick The Secret Life of Walter Mitty.

It’s based on James Thurber's classic story of a day-dreamer who escapes his anonymous life by disappearing into a world of fantasies filled with heroism, romance and action. He literally zones out and when his job at Life Magazine, along with that of his co-worker and object of his affection are threatened, he finally embraces life when he loses a vital photo needed for Life’s final issue. The only way to retrieve it, is to find the photographer, "Sean O’Connell", who could be anywhere in the world.

Ben Stiller is "Walter Mitty" and Kristen Wiig (Bridesmaids) is "Cheryl", the girl of his dreams. Adam Scott, Sean Penn and Shirley McClane also star in this film.

Ben Stiller who has directed before (remember Zoolander and Tropic Thunder?)

The scenes where Walter zones out as you’ll recognise your own flights of fantasy you take to escape every now and again. 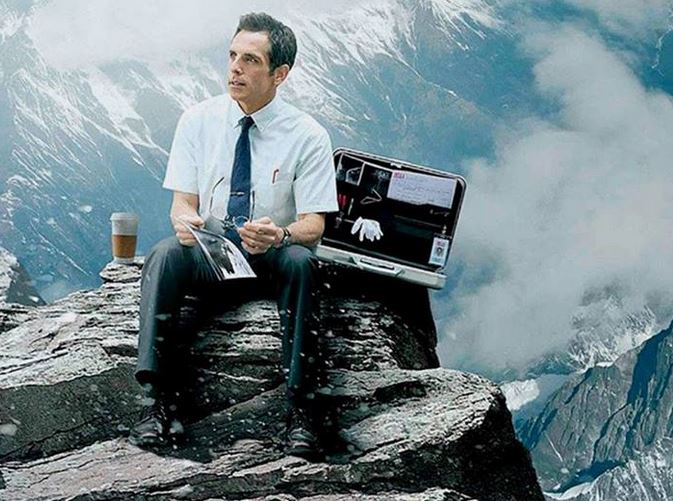 When Walter makes the decision to jump into a helicopter with a drunk pilot to try and find Sean on a ship and then realizing the helicopter does not land on the ship.

When he finally tracks down "Sean O’Connell", the following conversation takes place:

Sean: They call the snow leopard the ghost cat. It never lets itself be seen.

With what piece of information can you impress your friends?  "Life" was an American photojournalism magazine published from 1936 to 2007. It was published weekly from 1936 to 1972, as an intermittent special 1972-1978 and monthly 1978-2000. From 2004-2007 it became a weekly newspaper supplement published by Time Inc. The magazine's prestige lasted for two generations (in its heyday, it occupied five floors of the Time & Life Building in Midtown Manhattan) before waning due to changes in taste, drop in advertising revenue and the internet boom.

Like most daydreams, The Secret Life of Walter Mitty is funny, sad, weird and corny all at once – and you’ll probably only remember the good bits as soon as it’s finished. But it’s still a lot better than real life... www.totalfilm.com

As a director, this feels like Stiller’s moment. Mitty is a film that bravely rejects cynicism. In many ways, it’s the new Forrest Gump. Go with it and it is, in all senses, wonderful. (www.empireonline.com)

What Ben Stiller accomplishes in this film is film magic. Using the movie wizards in the special effects world, with a combined subdued comic performance from Wiig and Stiller, this film is a heartwarming journey into the mind and life of daydreamer Walter Mitty. (www.thereelcritic.com)