SA blogger Sandy Nene managed to nab a quick sitdown with founders of an innovative brand known as WoodiZ. WoodiZ presents natural, sustainable and fashionable woodcraft to the streets of Jozi. The Johannesburg based enterprise  is inspired by the way the youth and the pop culture industry is transforming the streets of Jo’burg into a hub of creative freedom of expression in various forms and mediums.

How did you come up with the name WoodiZ?
Damian: There wasn’t a big epiphany or anything like that I just
basically played around with the word Wood and ya...WoodiZ seemed to be
the perfect fit

Who is your target market?
Angela: Our target market would have to be your unconventional trend
setters, who buy items, not because everyone else is buying it but because
they love what they see and see it as an extension of themselves. They are
generally people within the pop culture scene. 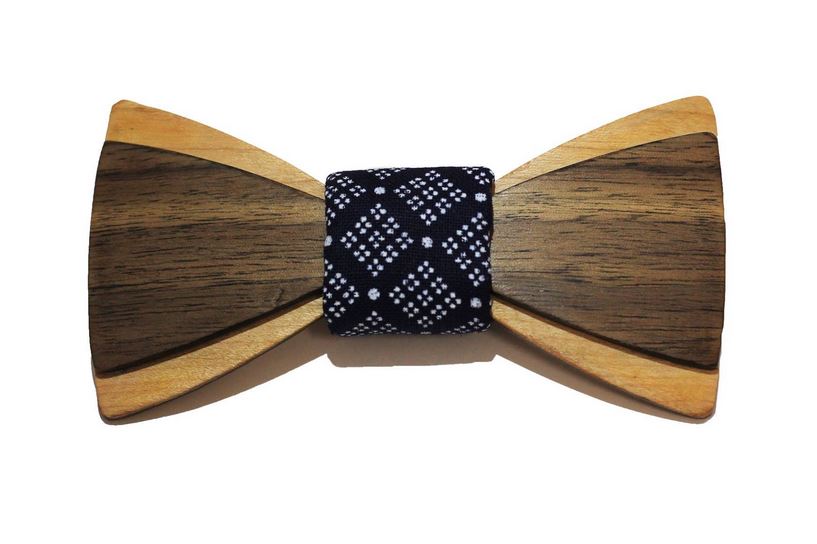 How can people buy WoodiZ?
Angela: Our online store should be up and running in time for the New year
in the meantime, you can get us at Arts on Main every
Sunday in Maboneng Johannesburg, and various other monthly markets.

Is it only available in Johannesburg?
Angela: For now, yes but we will be making our way into various retailers around
SA.

When are you hoping to have stores in other big cities like Durban and Cape
Town?
Angela: We will be pushing to make that happen next year

What inspired the birth of your brand?
Damian: I saw an article about wooden eyewear that hit the USA and I fell
in love with the concept and decided to adopt it here in SA.

Most people like to complain and say that independent or local brands are
expensive, what is your opinion on this?
Angela: I can’t speak for other local brands, as I have never actually
compared the two. I can say that WoodiZ is definitely a lot more affordable than
international brands and for that reason foreigners are actually our biggest
clients. We are also relatively more affordable than our local competitors
as well. We don’t see the need in putting up crazy markups to seem
"exclusive", we about the people and I feel because of our price people
trust us more, we have managed to set our prices just right...they not cheap
don’t get me wrong but not out of reach for someone who REALLY wants them
either. 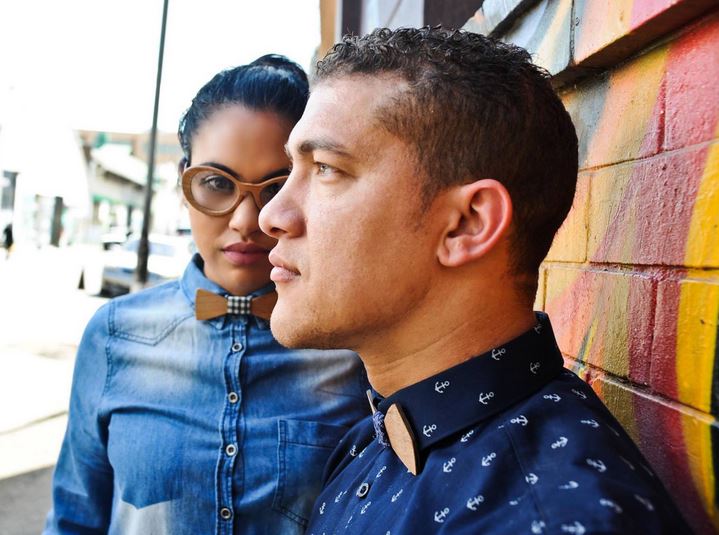 Damian: WoodiZwas founded in 2013, we initially
started out as a reseller until we got the resources to launch our own
brand.

How was meeting Richard Branson?

Damian: It was very overwhelming, I was extremely nervous, his presence
alone exudes power, strength and inspiration. Lol I noticed he doesn’t shake
hands and before I knew it he was standing in front of me giving me fist
pump then I gave him an overview of WoodiZ. He was very intrigued with the
product, he tried on a bow tie, I handed him his own custom made WoodiZ
eyewear and the rest was history. The experience made me realise that
anything is possible if you believe in yourself.

Do you think he likes WoodiZ?
Damian: Yes he signed my book stating that WoodiZ has beautiful products.

Which other international celebs would you like to see wearing WoodiZ?
Angela: Pharrel Williams,

What do you think makes your brand standout from many others out there?
Angela: First of all us as the owners, we strive to make every single
person we interact with feel as though they are a part of our Woodiz Family,
we feel a big need to engage with our customers on an intimate real level.
They aren’t just buying a random product but an experience. We want each
person to feel as though the product that they are about to wear was made
just for them. We have also added special touches to our products which
makes every customer smile. And best of all, we offering a one of a kind,
handcrafted, proudly South African product at an affordable price.

Describe WoodiZ in one word...
Unconventional