Buhle Mkhize is back in the spotlight.

The US-based businesswoman made headlines in 2015 after revealing that she and the Minister of Home Affairs, Malusi Gigaba, had had an affair.

She went as far as revealing intimate details about how their alleged affair began and claimed that she had moved on. However, it looks like she isn't done with Gigaba or his wife, Norma.

On Monday afternoon, Buhle took to Instagram to reveal that she's taking legal action against the Minister's wife. This comes after someone tagged Norma in one of Buhle's posts on the photo-sharing site. Norma's response clearly didn't sit well with Buhle. 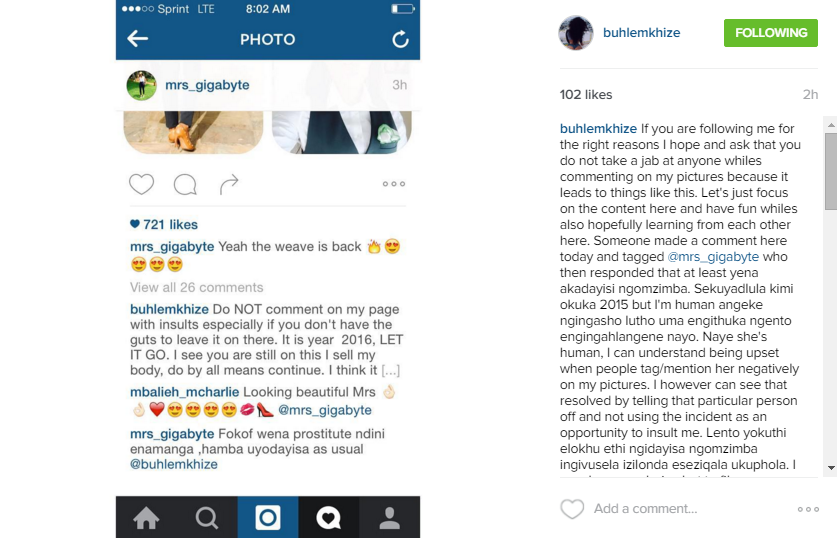 Buhle wrote: "Someone made a comment here today and tagged @mrs_gigabyte who then responded that at least yena akadayisi ngomzimba (she doesn't sell her body)."

She said she has no choice but to file a defamation of character lawsuit. In another post, Buhle said she can no longer keep telling Mrs Gigaba to stop insulting her, that's why she's taking legal action.

She also revealed that if Malusi chooses to "entertain" the world using her name again, she will reveal all the phone records and messages, proving that she was forced to keep quiet. 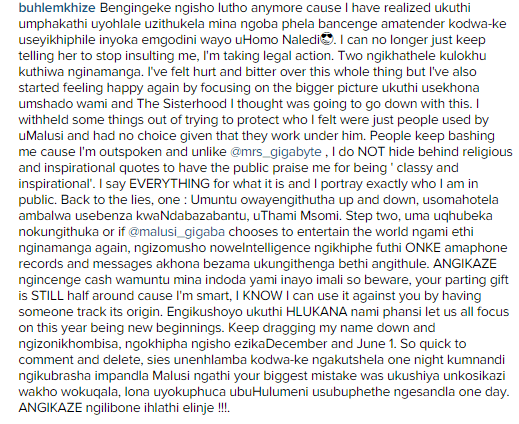 Just when we thought the drama was over. What will happen next?