At the press conference announcing her one night only concert, Jill Scott spoke some very wise words. One such statement that I found very thought-provoking was "When we place human beings on pedestals, we’re falling for the trap because at the end of the day that person you put up there,  like you is just a person."

This was, I found, very unusual for an artist celebrated the world over for her incredible talents, be it singing, acting or poetry. Jill Scott is not your typical run-of-the-mill artist though and that statement made it clear that she is aware of the fickle trappings of fame. With that in mind I have a great difficulty not to do the exact thing she warned us against – Putting her on a pedestal. This woman is a powerhouse, and that is not just alluding to her voluptuous structure, which she carries with amazing grace and ease; but about her ability to capture an audience and deliver not just a ‘concert’ but an experience,  one of love, joy, heartbreak and faith in the human spirit. 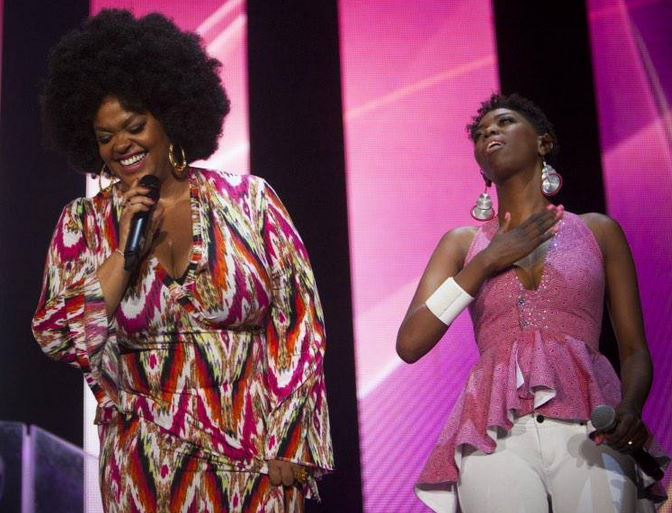 Donning an Afro wig and African print free flowing dress, the Multi Award winning Queen of Soul took to the stage and immediately had all of us in the palm of her hand. She serenaded us with a selection of songs from her Words & Sounds collection, pausing midway on certain songs, allowing the crowd to join in on favourites like “Getting In the Way”, “Give me”, “Golden” and “The Way”, amongst others. 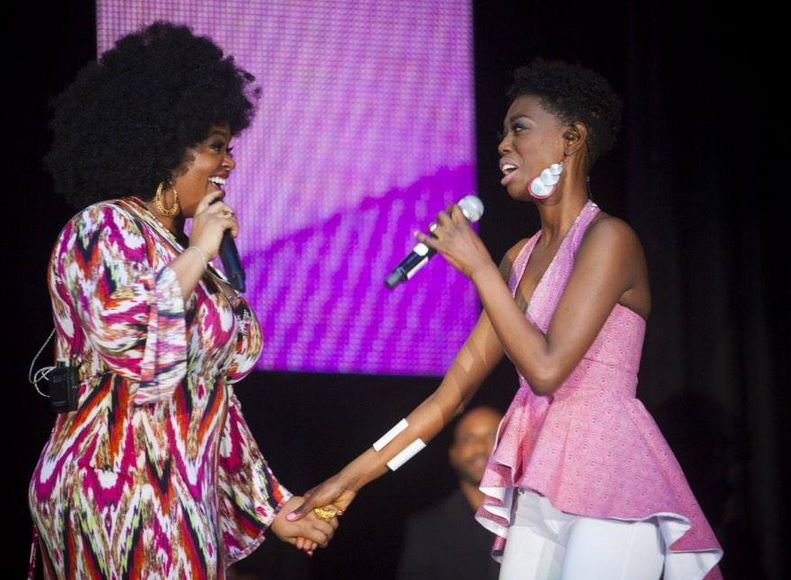 Accompanied by her band featuring the amazing saxophonist and long-time collaborator Mike Philips, Jill’s glorious soprano voice filled every corner of the Coca Cola Dome, elevating us to new heights with each note.  I’ve always known Jill Scott was a freak, based on the sensual lyrics in her music, a fact she addressed by stating that it is because “mother****** I’m grown, and I loves it!” which sent the crowd into roaring laughter. This was a common feature throughout her stellar performance; funny and oft times insightful anecdotes sprinkled with a bit of South African words to let the people know she is with THEM (Case in point, her changing some lyrics to “The Way”

“Woke up this morning with a smile on my face

Jumped out of bed, took a shower, dressed, cleaned up my place

Made me some breakfast, papa, 2 scrambled eggs

And who can forget the duet she and supporting act Lira shared on stage? With Jill Scott singing “Ke a o rata Lira” (I love you Lira) This was the perfect way to close off a brilliant performance – the two amazing vocalists singing their appreciation for each other, almost bringing the whole Dome to tears. It is very difficult not to put Jill Scott on a pedestal, especially given the drivel sold as music these days. She stands amongst the greats in not only the genre of Soul/RnB but in music period but her humility, grace and seeming enlightenment makes it so much easier to relate to her as a person, just like you and me.