Last week saw the release of Kanye's new music video for his single, Bound 2. Is it the best music video in the world? NO. But because of Kim Kardashian's nude scenes and the seemingly random nature of the video it's made waves - oh, and because of this gravity defying scene below, check it out: 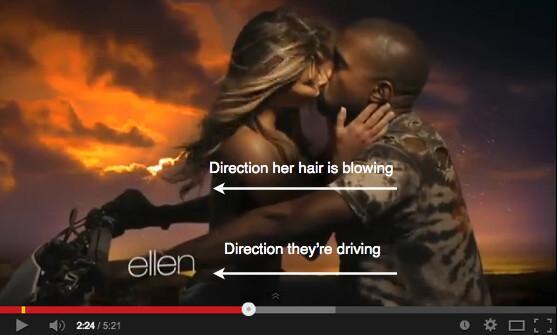 Anyways, Seth Rogan and Pineapple Express co-star, James Franco, decided to take it upon themselves to spoof Kanye's Bound 2 Video. The world saw what happened the last time someone tried to spoof Kanye (Ahem, Jimmy Kimmel, in case you don't remember) and while many would have been terrified to take on the wrath of Yeezus, Franco and Rogen have decided to step into the rapper's crosshairs. The parody is absolutely brilliant, even Kanye has to laugh at this one!