Lady Gaga is an incredible musician. She's one of the most iconic female musicians of this generation, and has made her impact on the industry absolutely known. She's released hit after hit with several singles reaching number 1 on the billboard charts; and her two full length albums, The Fame and Born This Way have been resounding successes. There is no doubting the Lady's talent; one need only watch one of her performances to see how much variety in skill she has. But it's beginning to look as if Lady Gaga has  peaked and is now, slowly, on her way down. 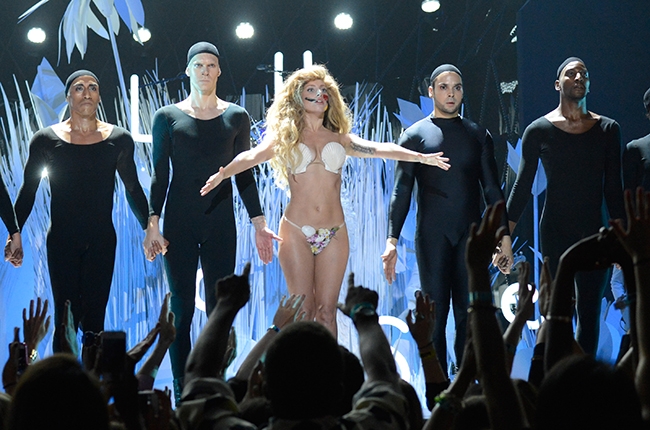 It's a point we made in our VMA recap on Monday; and a point that was greeted with a great deal of anger and vitriol (Particularly on Twitter) but it's also a point that we stand by entirely. Her hugely anticipated come back single, Applause, has been a major hit with fans. But it's success has been largely eclipsed by Katy Perry's aptly titled single, Roar, which was released in the same week. The latter sold almost 3 times as many copies as the former; something unprecedented in Gaga's career. One need only look at Born This Way's  (The Single, not the album) first week performance. Born This Way Sold over 509 000 copies in its first week. Applause, in comparison, sold under 250 000 copies in its first week.

And then there's the VMAs. Mother Monster opened the show with a spectacular stage rendition of Applause. It was everything you'd expect out of a Gaga performance. But the only thing people could talk about was Miley Cyrus' performance. A lot of people have neglected to mention that Lady Gaga showed more skin (And more booty!) than Miley Cyrus in her performance; yet it's Miley who's been trending on twitter for the last 4 days, and it's Miley who has broken the record for most tweets sent in a minute (Around 306 000 tweets in a MINUTE)

Little monsters aside, not a lot of people are going crazy for Lady Gaga right now. We're not suggesting she's losing talent or that her music is lacking in any quality; but the sales, the trending topics, the social media stats- they're all sending the same message. Her star is fading. Talent without popularity is useless in the mainstream music game. She's not going to drop off of the earth over night, but it's quite clear that she's no longer the leading lady in Pop music. It's sad, because not so long ago she was tipped to be the queen of Pop, and stay at the top for a long time. She could still surprise us all. Artpop could turn out to be her most successful album yet and she could beat all kinds of sales records; but we're not entirely confident in her start if that's going to be the case. Let's wait for November 11th.