During the preparations for this sex fiasco Vlismas had a few choice words with regards to his fellow promiscuous cast members:

Comedy Central is currently inviting members of the public to submit suggestions for the “Twittoris” section of the stand-up spectacular – the special audience participation segment that promises an upsurge of hormonal extravagance and testicular eloquence you will never forget.

On Monday, the ZAlebs team was close to being admitted to ICU for excessive heart palpitations after this package (see image below) was delivered to our headquarters.  What made it even more awkward was that the box was personally delivered to our editorial table by the boss.  “You’re all fired” rang in our heads only to realise that inside was an invitation to the actual event.  Thank you Comedy Central, we’ll send you our medical bill in due time! 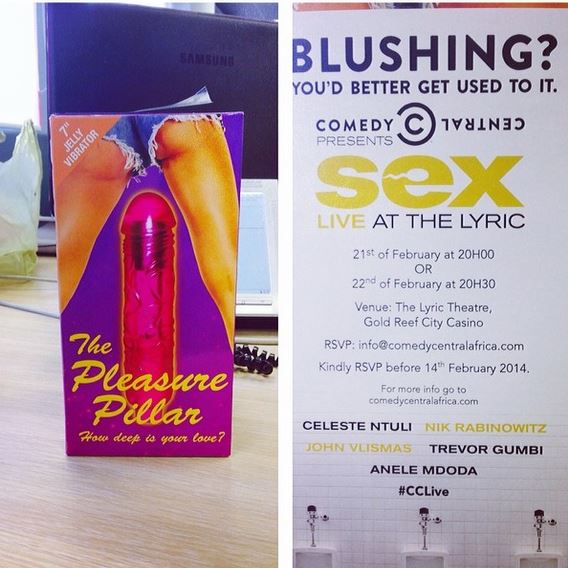